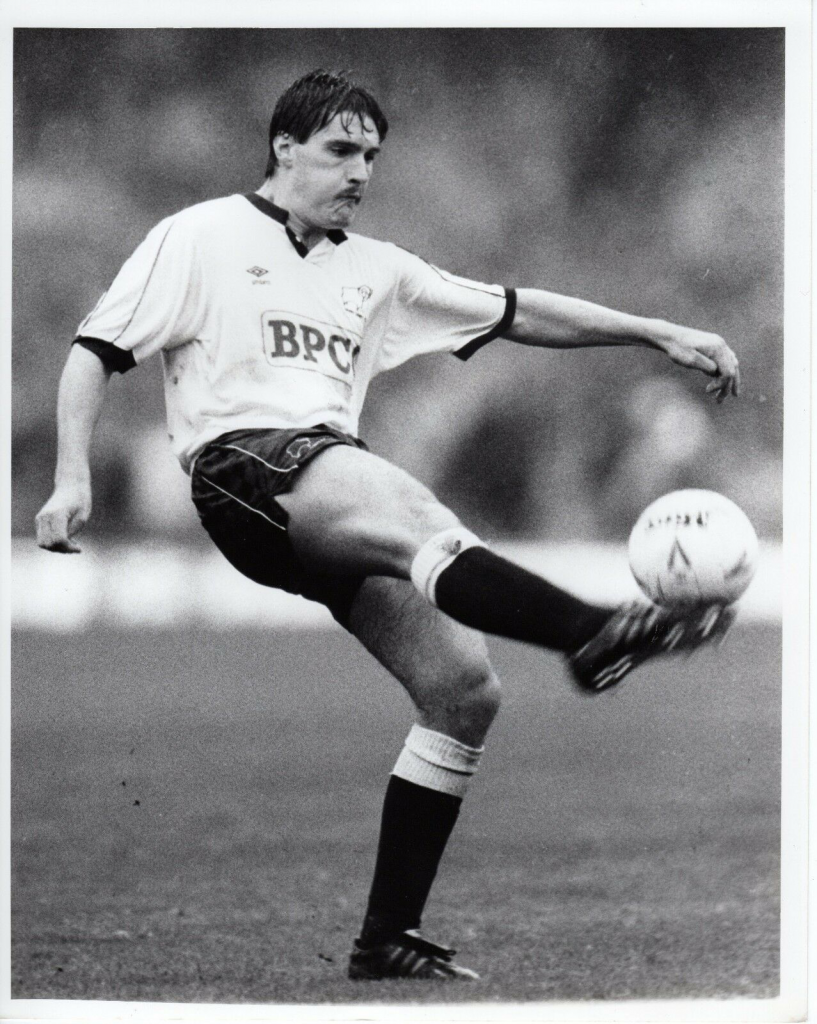 Two promotions in his first two years and player of the year in his first, got Ross Maclaren’s career at Derby County off to a magnificent start.

After a junior spell with Glasgow Rangers, Ross came to England with Shrewsbury Town. He had four seasons at Gay Meadow and during this time he proved able to play in defence or midfield.

161 games and 18 goals later he came to the Baseball Ground and was part of Arthur Cox’s promotion winning team from Division Three to two and to Division One the following year.

He went two seasons without missing a game but in the First Division he was unable to retain a regular place, despite proving capable in a number of positions.

After 122 matches and four goals he left for Swindon Town for £165,000 and played under both Lou Macari and Ossie Ardiles for the Robins.

His dependency again made him a first choice, with the highlight being his appearance at Wembley, when Swindon beat Leicester City for a place in the Premiership.

Loyal service and dependency over five years earned him the captaincy, but having avoided injury for most of his career, he was out of action for a whole year.

He came back but it was a re-occurrence of the injury that ended his playing days in 1994.

Although not a manager in his own right, he has been in charge of Swindon Reserves, Southend United Youth and been assistant at both Derby and Notts County.