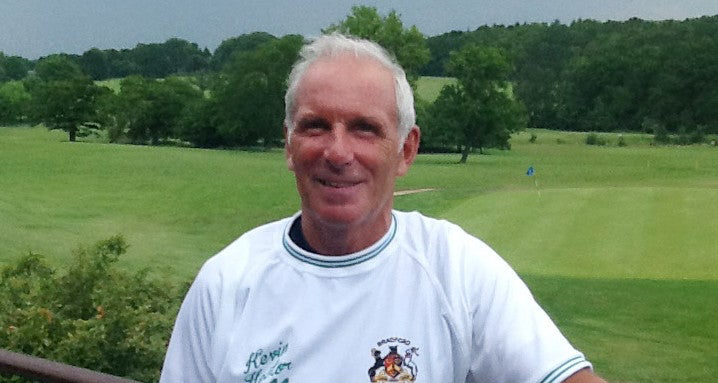 Ask someone to name a Derby County legend and they will probably say “Kevin Hector”.

He started his career as an 18 year with Bradford Park Avenue, as part of a formidable strike force with Bobby Ham. Rams manager Tim Ward was alleged to have gone to view Ham, but was impressed by Hector enough to sign him for a then record £40,000 fee in 1966.

During his time at Bradford he had scored 113 goals in 176 games, but became an instant success and fans favourite on his arrival at the Baseball Ground.

He was a Rams player for eight years, totalling well over 400 appearances well over 150 league goals. Despite not being the biggest of players, he was a prolific striker, with pace and agility.

He was part of Brian Clough and Peter Taylor’s team that won the 1968/69 Division 2 title and 1971/72 Division title, plus repeating the Division 1 success three years later under Dave Mackay.

As well reaching the semi-finals of the FA Cup, European Cup and League Cup, he was the Rams player of the year in 72/73.

Among his goal scoring feats were six hattricks and an individual five goal spree against Finn Harps in the 1976 UEFA Cup.

He eventually was sold by Tommy Docherty to Vancouver Whitecaps, where he was an NASL title winner. But his off-season was spent back in England with loans at Boston United and Burton Albion.

Colin Addison then brought him back to Derby in 1980, adding another 56 games and eight goals to his tally over his two years back at the Baseball Ground.

His international career should have been far more than two token appearances, his 83rd minute debut for England against Poland in 1993 almost kept in the World Cup qualifier.

He has made the made the most appearances for the Rams at 581/8 and is second in the all-time scorers, behind Steve Bloomer with 201.