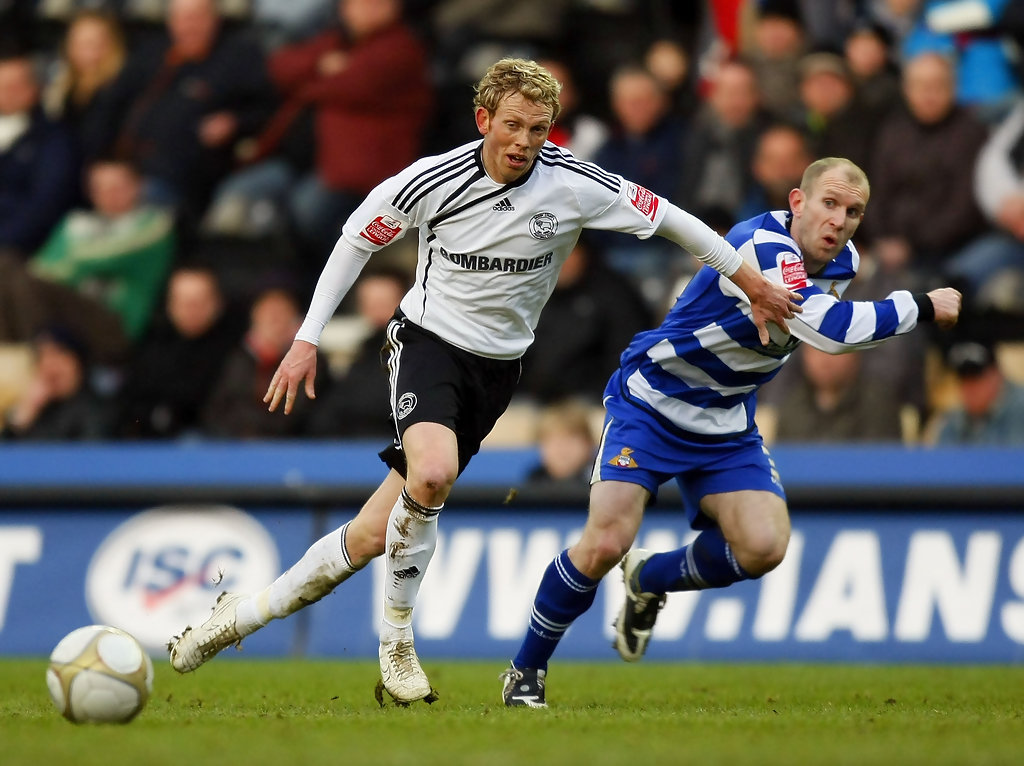 Republic of Ireland international midfielder Paul Green was well into his footballing career when he joined Derby County in 2008.

He was initially on Sheffield Wednesday’s books, but after being released as a sixteen year old, he began a long spell with Doncaster Rovers.

After debuting in 2001 when Doncaster were in the Conference, he stayed for seven years, working up through the Third Division to League One, making 279 appearances and scoring 34 goals.

He was a winner at the Conference Play-0ff, won the Third Division, the League One Play-off and the Football League Trophy, but decided to move on for 2008/9.

A regular first choice in the Derby line-up he spent four seasons with the Rams, but his 143 games and 13 goals would have been more if injuries hadn’t sidelined him on a few occasions.

His final year at Derby was 2011/12 after which he joined fellow Championship rivals Leeds United. During his first year there he was a regular starter, with 36 games and four goals. But in his second year he fell out of favour and had a loan spell at Ipswich.

He wasn’t retained at Leeds and moved on to Rotherham United, newly promoted to the Championship. Two seasons saw him play 65 times, scoring four goals, but he moved onto League One’s Oldham Athletic for 2016/17.

It was a one-year deal and despite playing 56 games, he moved on again to Crewe Alexandra in League Two, where he continues to be part of their squad.

Green also made 22 appearances for the Republic of Ireland and scored one goal, and was part of their squad at Euro 2012.