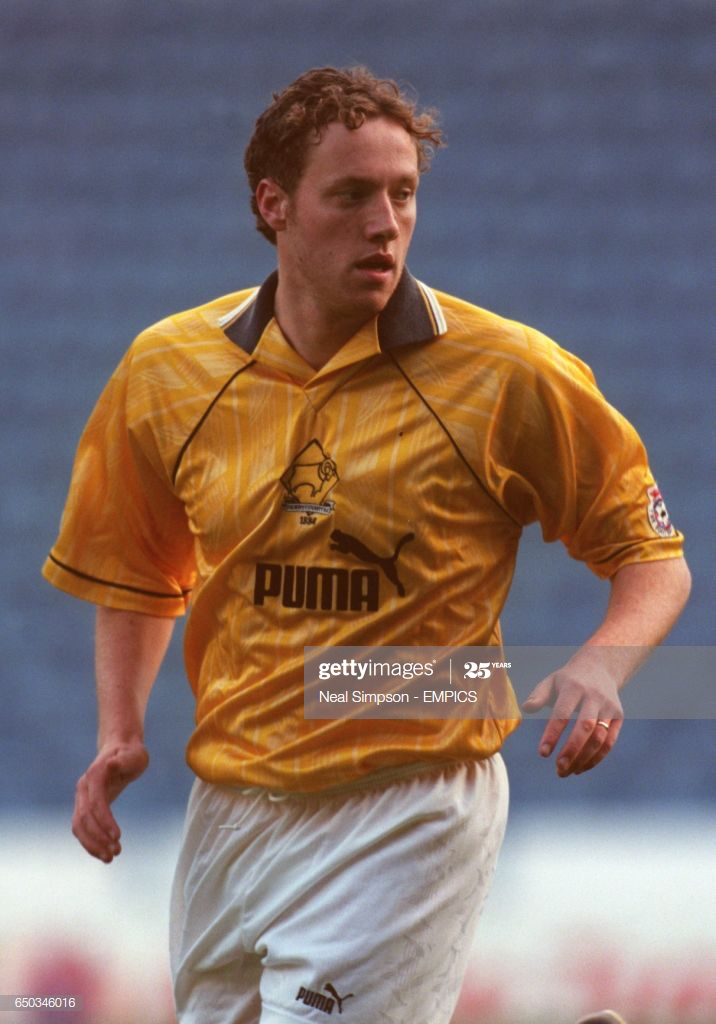 He made his debut in the 1995/96 promotion year, but wasn’t a regular member of the squad.

To gain more experience he went to Herford United on loan, but only played seven games in total and was then released by Jim Smith on his Rams return, having only made five starts and three appearances as a sub.

He joined Woking in 1997 and has a couple of games there, before joining Burton Albion a year later and then Hinckley United in 1999.

Having already listed Derby County and Burton Albion as his former clubs, he is more than qualified to play in the NHS Allstars game, as his final years of playing semi pro football was at Station Road, with Mickleover Sports, having joined in 2000.