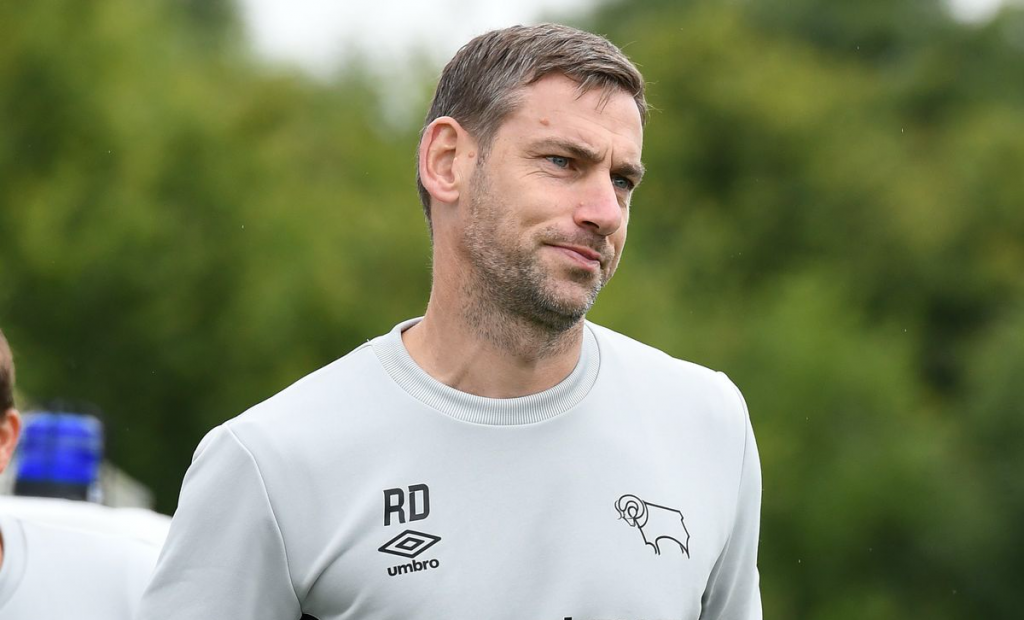 Irish International Rory Delap played for both Derby County and Burton Albion during his 19 year playing career, but it will be interesting to see if he still has his famous long throw to display at the Sports NHS Charity match.

Although born in the Midlands, Delap’s informative football years were spent at Carlisle. He made his league debut for the Cumbrian side in 1994 and went onto make 65 appearances with seven goals, before coming to Derby on trial.

He signed for Jim Smith in 1998 and went on to spend three years with the Rams.

His versatility would see him play mainly in defence or midfield, but even as a striker on occasions too. With his long throws coming into play, he became a key member of the line-up for three years, before moving to Southampton for £4 million, having made 106 appearances and scored 13 goals.

Five years were spent on the south coast playing in the Premiership, finally departing for Sunderland from the Saints in 2006. They went onto to be relegated as did his new club.

The following year after playing for Sunderland in the Championship, he had a loan spell with Stoke City, but broke his leg against Sunderland in only his second match.

The Stoke move became permanent and after winning promotion to the Premiership with the Potters, he spent seven years with them.

178 league games and eight goals later he finally left, after a loan spell at Barnsley there was a brief stop at Burton before retirement saw him return to the Derby Coaching staff. After a spell as Stoke’s caretaker manager, he now coaches there.

He played 11 times for the Republic of Ireland and also played in the 2010/11 FA Cup final for Stoke City.