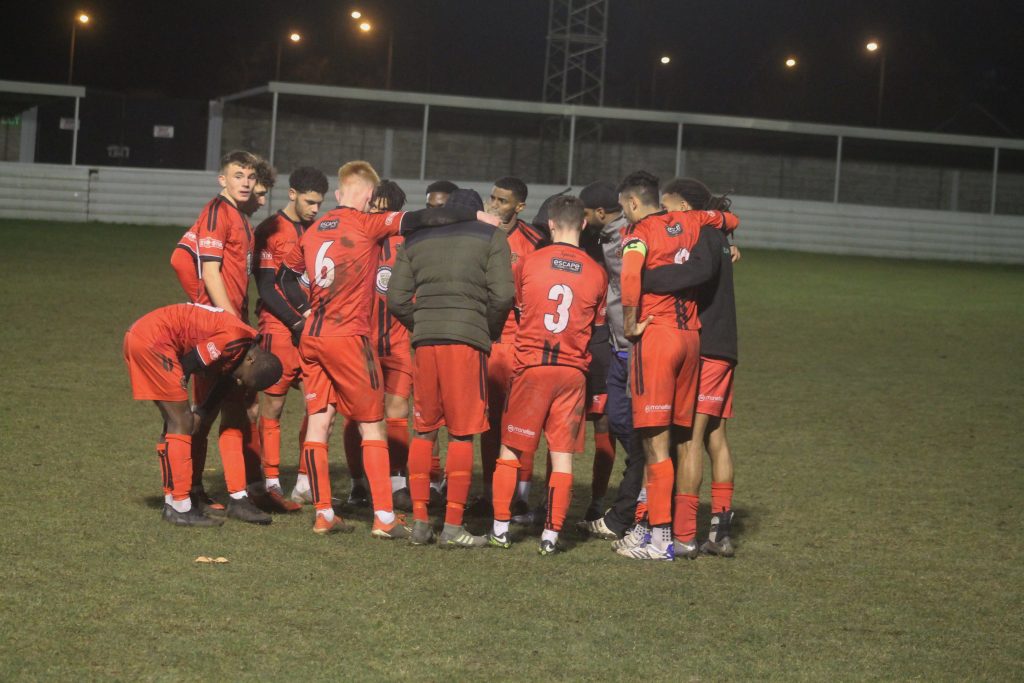 It was Mickleover Sports Reserves home tie against Pinxton in the second round of the Abacus Floodlit Cup, but having been postponed on numerous occasions, it was switched to Shirebrook FC’s ground.

It was fairly even for the opening minutes, but there was already signs that Sports were in for a tough night, with some stern tackling from the Pinxton defenders.

After six minutes a good through ball gave Surafel Tefera a half chance, before Lewis Belgrave had a shot blocked a few minutes later.

Elijah Fatubarin then got away and was almost on for a one on one with Pinxton’s keeper Liam Power, but Pinxton kept fighting back.

But as the end of the first 15 minutes approached, there was a scramble in the Sports goalmouth and at the second attempt Blount found the back of Kiran Sanghera’s net to give Pinxton the lead.

Pinxton managed to cut off some of sports midfield supply, but in his attempt to break through Tefera was hacked down with a late tackle, but the resultant free kick went straight into Power’s hands.

Finley Davies had a shot from outside the box that was tipped over and a couple of successive corners from Josh Satchwell caused chaos in the Pinxton defence, but they still held out.

Approaching the half hour Lamin Sanyang had a shot just beyond the right hand post, as Sports began to press, which left them vulnerable to a Pinxton break.

As the referee failed to react to some crude tackling, there was a confrontation between the teams and what seemed like an endless discussion.

Tefera almost connected with a through ball after Satchwell had created some space, but there was more chaos when both Tefera and Fatubarin were hacked down as they headed for goal.

It was a free-kick on the edge of the box, which was followed by a good attempt from Belgrave.

Satchwell just lost out chasing the ball on a one on one with Power, before Belgrave had a shot straight at the keeper as the half time whistle beckoned.

Into the second half and Sports began to take charge. Satchwell had an early shot deflected for a corner, but Pinxton came close too when Sanghera was forced to punch clear.

The constant “hand ball” shouts from Pinxton had become rather tiresome, but it only seemed to make Sports even more determined.

The goal scoring chances became more frequent, with Satchwell going close after bursting through the defence and with about 20 minutes on the clock it was Satchwell that grabbed a well-deserved equaliser.

Belgrave had a couple of shots and Fatubarin had some threatening runs. After another late tackle Belgrave rattled the bar from the free kick, but time ran out and it was down to penalties.

Carl Clark put his shot straight at the Pinxton keeper, but Sanghera managed to save their second attempt too.

After the compulsory five attempts it was 3-3 with Davies, Sanyang and Fatubarin all finding the net, after Ben Lewin’s attempt was saved.

Pinxton’s sixth attempt hit the bar, so Sports just needed to score. Jack Smith’s shot was saved, before both teams scored their next two.

After Pinxton scored their ninth attempt, Satchwell’s shot was saved and it was game over with Pinxton the victors.