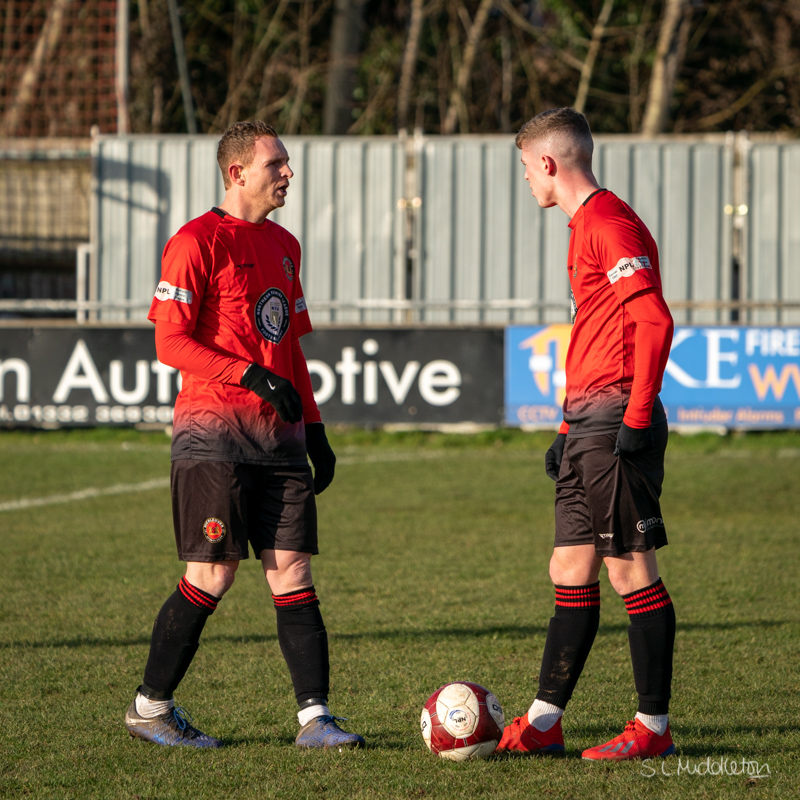 Thanks to a few dry spells over the last few days, Mickleover Sports will hopefully have the rare opportunity of hosting a home Northern Premier League game at the Don Amott Arena on Saturday, when they welcome title challengers United FC of Manchester.

Fresh from their tough 1-1 draw at Whitby last Tuesday, Sports still have a number of games in hand, whereas FC United currently lie third, after a 4-4 draw with Warrington last weekend.

The experienced Cameron Belford should be in goal, currently on loan from Nuneaton. He started out at Coventry City and played form a number of league clubs, including Bury, Southend Utd, Mansfield, Accrington, Wrexham and Forest Green and had a spell in Scotland too at Stranraer.

Aaron Morris is a central defender that Utd signed from Runcorn Linnets, while former Blackpool Junior Adam Dodd, and went out on loan to Altrincham, Ayr Utd and Chorley, before being released. His highlight was playing for Ayr at Hampden Park in a Scottish Cup semi-final.

Centre back Matthew Elsdon is another loanee, from Barrow. He played junior football with both Sunderland and Middlesbrough and also had a spell with Inverness Caledonian Thistle.

Fellow central defender Chris Doyle has spent most of his career in the North West. He came out of Everton’s Academy, to play at Morecambe, Chorley and Southport, before joining United from Marine.

Curtis Jones is another defender, who has travelled the UK football world. He played for Celtic under 21’s and Livingstone in Scotland, TNS in Wales, plus Stockport County and Bristol City among his English teams. He also scored the 90th minute equaliser in last week’s Warrington match.

Right winger Morgan Homson-Smith has had spells at Harrogate, Prescot Cables and Southport before joining FC United and was another scorer last week, while prolific goal scorer Tunde Owolabi is always a danger in sight of goal.

The Nigerian born player was at Radcliffe before moving to play in Malta, he had also played for Hyde and scored last week and on his Utd FC debut.

Midfielder Paul “Charlie Ennis” came to Utd from Ashton Utd. He started out at Stockport, but has travelled via Buxton, Bala Town and Matlock amongst others.

Bolton Wanderers was the starting point for Striker Luke Griffiths, but he arrived at Utd from Prescot.

Dan Trickett-Smith once cost £300,000 when Liverpool bought him from Crewe Alexandra. The midfielder made one start in the Premiership but went across the Atlantic to play for Sacramento, before returning to the UK with Port Vale, from where Utd have him on loan.

Other members of their squad include Jack Lenehan, a former Rochdale Junior midfielder, who came in from Prescot and Finlay Sinclair-Smith. He played for Blackpool in League One, then loaned out to Widnes and Marine before finding a home with Utd.

Regan Linney came in from Bamber Bridge and Ben Kerr is a locally produced young defender.

United have the strongest core of traveling fans too, so this should be Sports biggest gate of the season!