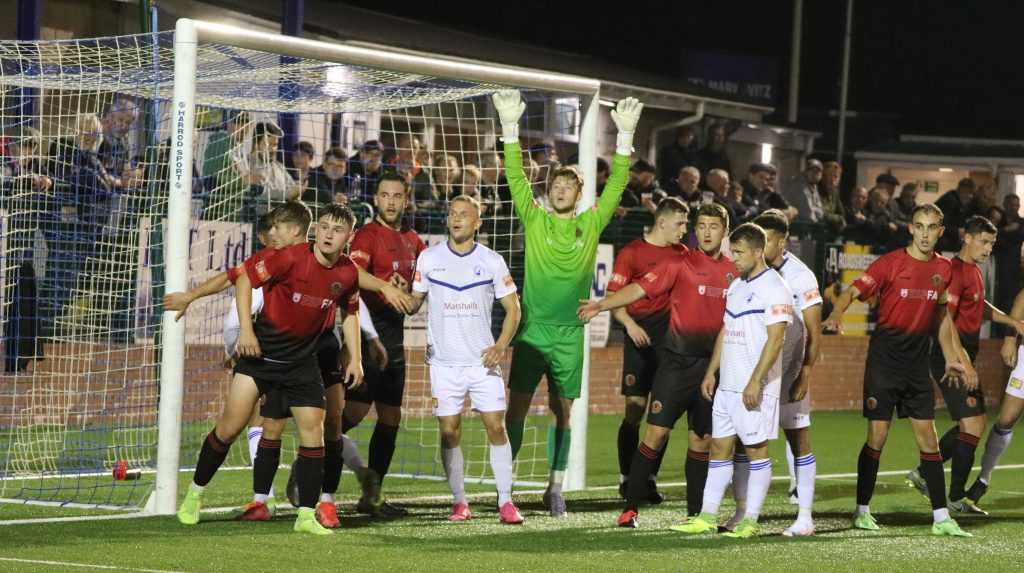 It all started so well at Silverlands, a goal up against second placed Buxton in the opening minutes, but it just wasn’t to be.

The game was barely underway when Arlott-John fed the ball back to Dales on the left, he cut inside and fired in the opening goal after only three minutes, 1-0!! 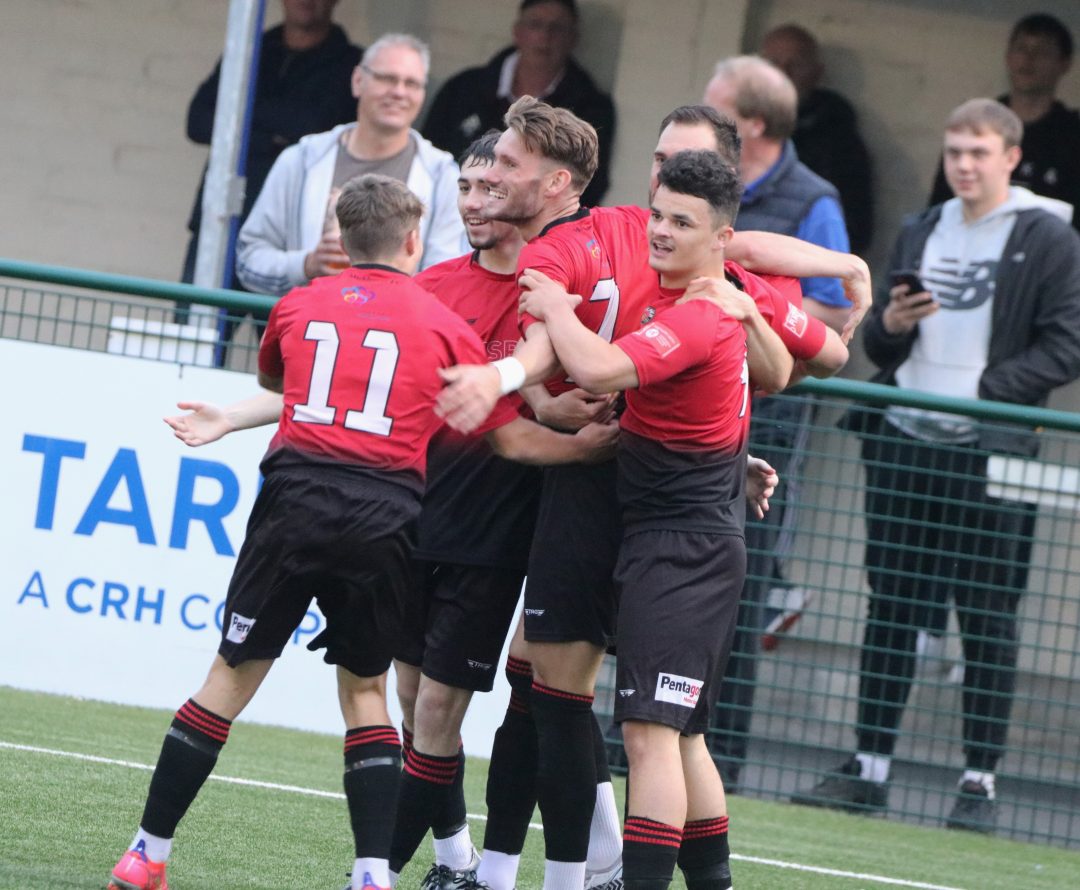 Diego Di Girolamo then burst through the Mickleover defence a minute later, but his effort found the side netting.

Buxton wing back Curley put a good ball into the box, but it was headed away by Edge-Lucas as Buxton started to push forward.

But Mickleover were quick on the break and Arlott-John managed a run to the edge of the hosts box until he was intercepted.

Buxton had another chance after Watt had fouled Di Girolamo, the free kick eventually earning a corner.

Butler and Watt were comfortably soaking up the pressure from the Buxton attack, ably supported by Edge-Lucas and Lewin, but 15 minutes in and Hawkins was challenged by a De Girolamo shot, after a long run from wing back Curley.

Buxton’s Clarke was very late in the tackle as he felled Watt after 16 mins, but it was the hosts continuing to set the pace.

Jamie Ward shot wide on the left for Buxton after 20 minutes, before Beavon collected a long ball for Mickleover and worked well with Dales before a goal kick.

Five minutes later there was a half chance when Arlott-John was one on one in the air with Keeper Richardson, before a Beavon attempt was foiled and Gowing had a shot blocked.

Bateman was able to link defence with the Mickleover midfield and was finding the pacey Battisson, but it was Buxton’s persistence to the fore, just lacking that final ball still. 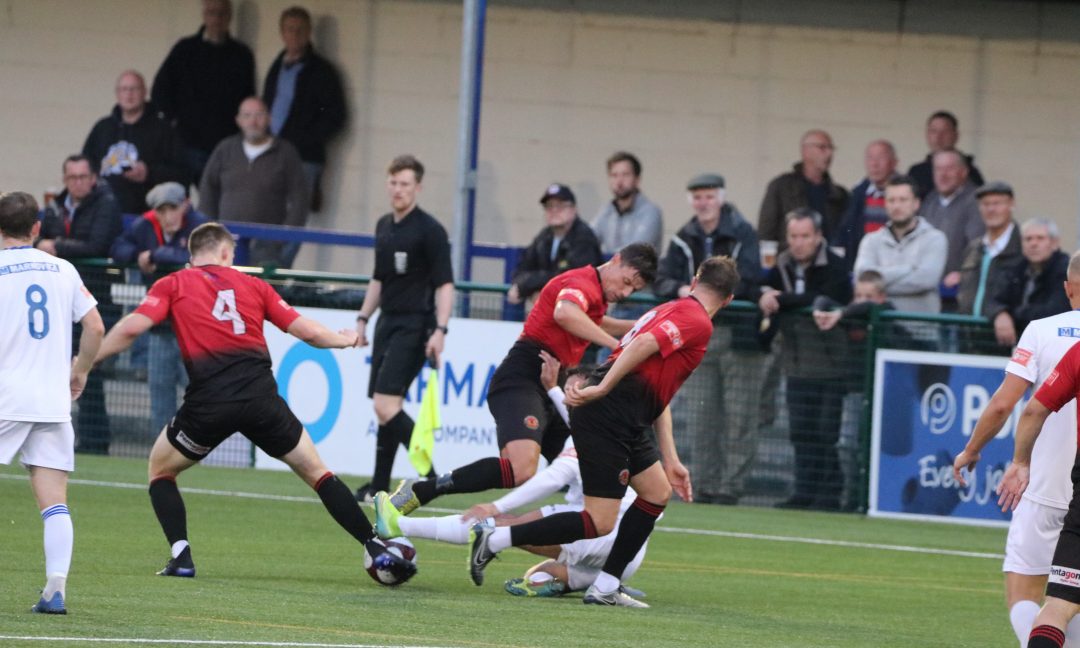 There was a scramble on the edge of the Sports box after 39 mins, which was cleared, but with five mins to go in the first half, Buxton fired a shot just over the bar, followed by an almost repeat move two mins later.

Ward then had a shot blocked by Edge-Lucas and Hawkins had to punch clear from a corner.

With the whistle poised Buxton were on the attack again, but unable to find the space for a shot.

So it remained 1-0 at half time but the pressure had been mostly from the hosts, as a tough second half lay ahead.

For the second half Morris, back from injury, was on for Lewin, but Sports started brightly, when Battisson intercepted from a Buxton attack, only for Beavon to be pushed down for a free kick.

Dales kick found Butler’s head, but it came to nought. But Sports went close again after 48 mins, when a loose ball was collected and the following shot was just wide of the advancing keeper.

Arlott-John had a couple of good runs, before another attempt left the ball on the top of the Buxton net after a mix up.

Dales and Arlott-John worked well together with fast and positive attacks, but their attempts were blocked.

But just before the hour was up, Edge-Lucas had blocked Ward again, but the ball was still on the edge of the box leaving Tom Elliott to make it 1-1.

Buxton’s pace suddenly picked up and only six minutes later it was 1-2 after a cross from the right found Chris Dawson with the Mickleover defence split wide open.

Lee then came on for Edge-Lucas, moving Bateman to right back, as Sports looked to push forward again. But four minutes later a cross from the left found Ward, who took his time to fire in number three, with Hawkins isolated and rooted to the spot. 1-3.

Bacon came on for Dales as Mickleover still tried to push forward. Beavon had a good shot after a Battisson pass and a nice ball from Arlott-John on the right found Beavon and earned a corner.

78 mins and Arlott-John was still running, but tripped on the half way line.

Bacon shot over following a free kick after 85 mins and finally Watt had a header blocked from a Beavon free kick.