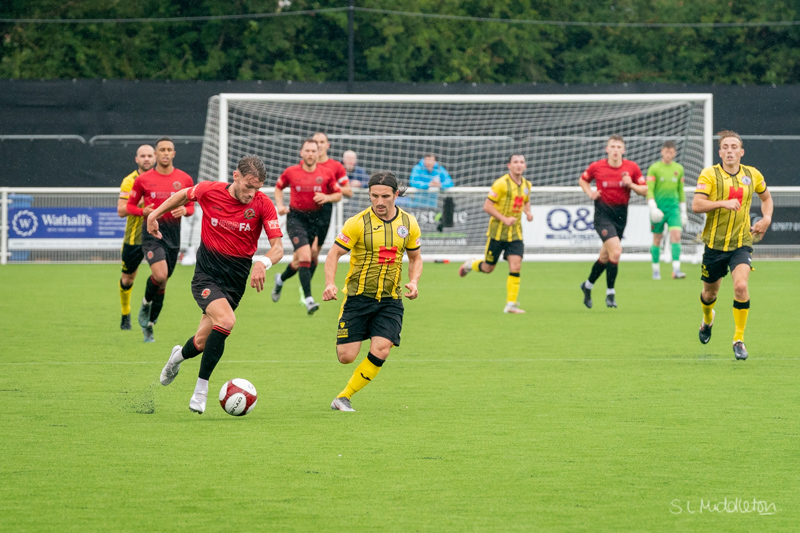 With Academy Graduates Ben Lewin and George Atwal making their first team debuts in the home game against Ashton Utd, team mates Jake Edge-Lucas followed suit at Buxton, as a stand in for right back Jake Bennett.

Following his injury in the opening game of the season at South Shields, skipper Mason Warren is likely to be out of action for another four weeks. “I broke my collarbone and injured my shoulder at South Shields. They said four to six weeks, but I hope it’s not that long,” said the midfielder.

New signing Dempsey Arlott-John made his first start in the away defeat at Buxton. The pacey ex Leicester City striker came on as a second half sub at home to Ashton in the previous game.

Vice captain Andrew Wright  is still on target for his return to football  later next month, as he continues to regain his fitness, following a close season knee operation.