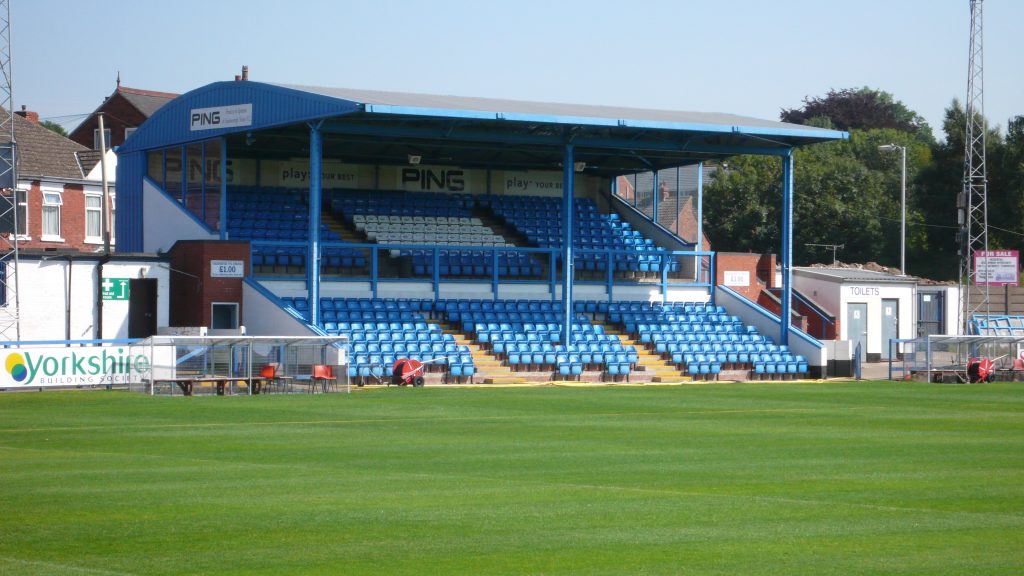 A 76th minute penalty finally ended Mickleover’s hopes of salvaging a point from their trip to Gainsborough Trinity.

After a bright start from both sides Sports had their first attempt on goal when Dales sent in a cracking 20 yarder, after a feed by Beavon, well saved by home keeper Yates after 10 minutes.

Gainsborough did have the ball in the net a minute but it was deemed offside.

Mickleover were forced to make an early change too, with Ravenhill coming off for Wright.

But with Walker starting some strong runs down the right, Mickleover began to pile the pressure on the hosts.

Dales had picked up the ball from a Walker run on the right, but the cross was met by Beavon whose header was just wide.

But Walker came close himself, with another floating ball in from the right. It was a lucky escape for Gainsborough as it caught Yates out, only for the ball to bounce off the bar and back into play.

Cussons then had a shot saved by Hedge’s legs, but after 32 minutes Gainsborough got the break, with Hornshaw netting from a Johnson cross.

Sports kept attacking up to the half time whistle, with Beavon and Dales both forcing saves from Yates, before Mann found Radcliffe after the hosts failed to clear an Agustien free kick, but his shot was just over.

Mickleover were unlucky not to go in for the half time break on level terms, but it was the home side with the advantage.

As the second half got under way the Gainsborough defence began to keep the Mickleover attack at a distance and take any opportunity of a break themselves.

Radcliffe had gone in the book, but Cussons went close again for Gainsborough, before Niven replaced Macdonald on the hour.

But after 76 minutes Robinson was deemed to have fouled Wollerton in the box, a penalty was given and Gibson made it 0-2 in the hosts favour.

Walker had another distance shot easily taken by Yates and Makama put a header straight at Hedge for the visitors.

Atwal came on for the final minutes to replace Agustien and Gainsborough appealed for a second late penalty after Hedge rushed from his goal to deny Wollerton.

The 0-2 scoreline probably flattered the home side, as Mickleover now look forward to hosting top of the table Buxton at the Don Amott Arena on Saturday.