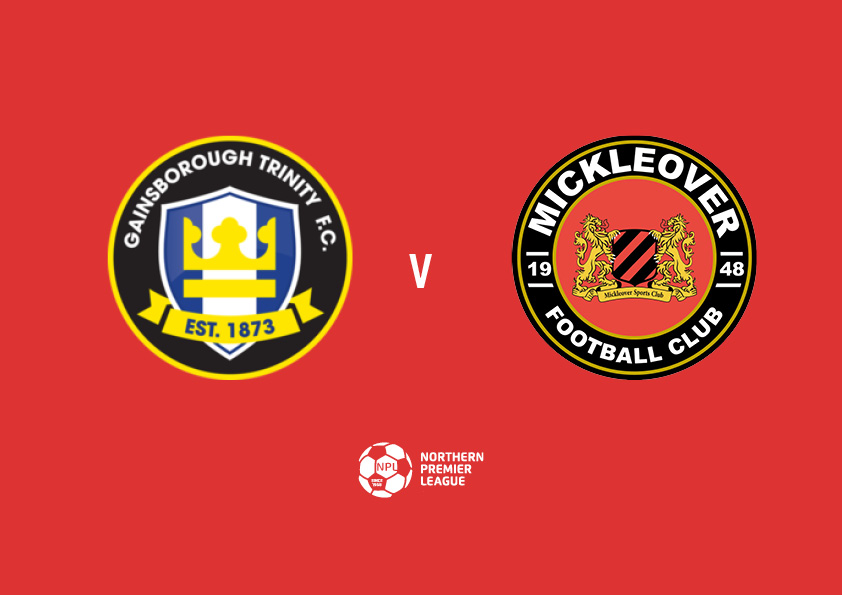 It’s been a difficult season for Gainsborough Trinity and the 11 starters from our home win against them back in August, shows little resemblance to their current line-up.

They have only suffered two home defeats however, but are without a win since they beat Lancaster at home 3-1 in February. Currently 19th in the NPL they are still desperate for points to secured their survival, having drawn 1-1 at home last time out against  South Shields,

Lewis Carr is an experienced defender signed at the beginning of the season from Basford, but he’s played at Grantham too.

Teenaged student Prosper Keto is a young full back recently signed from Clifton FC. Since his arrival at Gainsborough in February, he has been a regular first choice.

Cieron Keane is an Irish Under 19 international left back who had League One experience during his graduation at Notts County. After leaving the Magpies he has played for Nuneaton, Worcester, Kidderminster, Alfreton, Boston Utd and Leamington and was at Basford last season.

Centre back Stefan Galinski started his career at Derby County, but then joined Stoke City after a brief loan at Corby. He was released six months later to join Boston Utd initially. Further moves have taken him to Stalybridge, Alfreton, Grantham and Hednesford, before joining Gainsborough from Basford in February.

Isaac Rice is another centre back that arrived from Newark Flowserve at the start of the season. He has previously been part of the Sheffield Wednesday Academy.

Charlie Jemson, son of Forest legend Nigel, is another central defender, a pre-season signing from Worksop. He had a spell on Forest’s books and also played for Ilkeston, Tamworth and Peterborough Sports.

Derby County’s Academy was the starting point for central defender Callum Minkley, while wing back Joe Wilson, recently back from an injury spell, started out at Reading. He was signed from Ilkeston early season, but has played for Hayes & Yeading and Fleet Town too.

Experience in coaching and playing make Neal Bishop a valuable member of the Gainsborough squad. A former Middlesbrough Academy player, he made his league debut for Barnet in League two. The reliable midfielder had already played at Billingham, Spennymoor, Whitby, Scarborough and York, before making 95 appearances for Barnet.

168 games at Notts County and a spell with Blackpool in the Premiership followed, before another four years at Scunthorpe. His league career ended at Mansfield and he was at Scarborough last season, before joining Gainsborough as player coach.

Midfielder Alex Wollerton was  another summer signing. The ex Manchester Utd and Leeds junior also had a spell at the Barnsley Academy, before joining York City in September 2020.

Midfielder Joe Parkin is an ex Grantham player, who started out Handsworth FC. He has been part of the first team squad since signing in December.

George Hornshaw made 12 first team appearances for Scunthorpe last season. He joined the Irons back in 2011 aged 12, making his first team in 2017. He had a loan spell at Farsley and came to Gainsborough initially in 2019, before joining permanently in July last year. He plays full back of midfield.

Striker Cameron Johnson was a New Year signing from Stamford. He started out with Rossington Main, before moving on to Boston Utd, Matlock, Deeping, Boston Town. Tamworth, Peterborough Sports and Spalding

Josh Hinds is another on loan striker from Hull City. He started out at West Ham before heading for Humberside and has also been loaned to Spalding.

Ex QPR and Fulham winger Toby Gould and former Chester Junior Jack Gibson have been on the sidelines of late, the latter coming in from Carlton in May last year.

Former Grimsby Town midfielder Jock Curran started at Doncaster Rovers and has also played at Spalding and Lincoln Utd, while striker Ben Morris started at Derby County, before coming to Gainsborough via Bedworth, Matlock and Ilkeston

Gianluca Bucci is an ex Lincoln City Junior who is at home in defence or midfield. He has played at Spalding too, but has returned to Gainsborough after a spell at Frickley.

Kick off as usual is at 3pm.