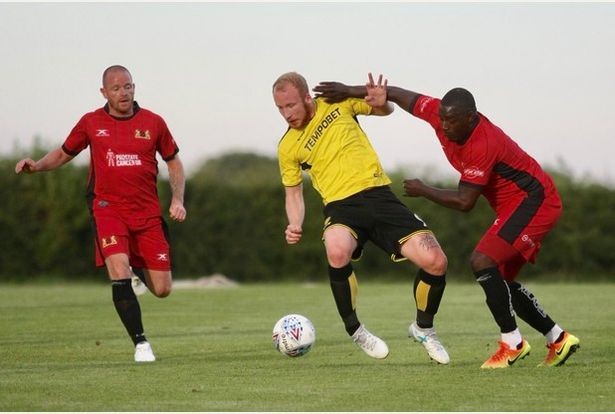 After Tuesday’s test against a spirited and well drilled Notts County XI, Sports will know their next friendly will be a whole new level as they prepare to face Nigel Clough’s Burton Albion. As always we will be playing for the KC Trust Trophy of which the Brewers are current holders after their 4-0 win last pre season.

The Brewers, who now find themselves back in SkyBet League One after two seasons in the SkyBet Championship, were only just relegated on the final day of last season by a late Bolton Wanders comeback coupled with a late winner from their opponents on the day Preston North End. The main aim for Nigel Clough this season will be an attempt at an immediate return to the Championship and their quest starts on Friday night against former Brewer and Sports Boss John McGrath.

Our second pre season game in a week and what will no doubt be a really tough test. Nigel always brings his full first squad and I am looking forward to seeing our boys competing against a very good Burton Albion side.

I love this pre season fixture more than any other one that we’ll play. The six years I spent there as a player were the most enjoyable of my 19 year career and also I get the opportunity to pit my wits against a manager who is in my opinion the best I’ve ever played.

We are injury free which is something I hope lasts throughout the busy pre season schedule and great credit goes to Jake Shaw our physio for his approach to player rehab and recovery.

I was pleased with the performance vs Notts Co the other night with all players getting 45 mins but now is the time for us to start testing players and maybe pushing those minutes up and get more game time.

Kick Off is a slightly earlier 7pm for this one with admission prices set at £8 for Adults £5 Concession and Under 16’s FREE.

Come down to the Don Amott Arena on Friday and see Sports test themselves against Football League opposition.