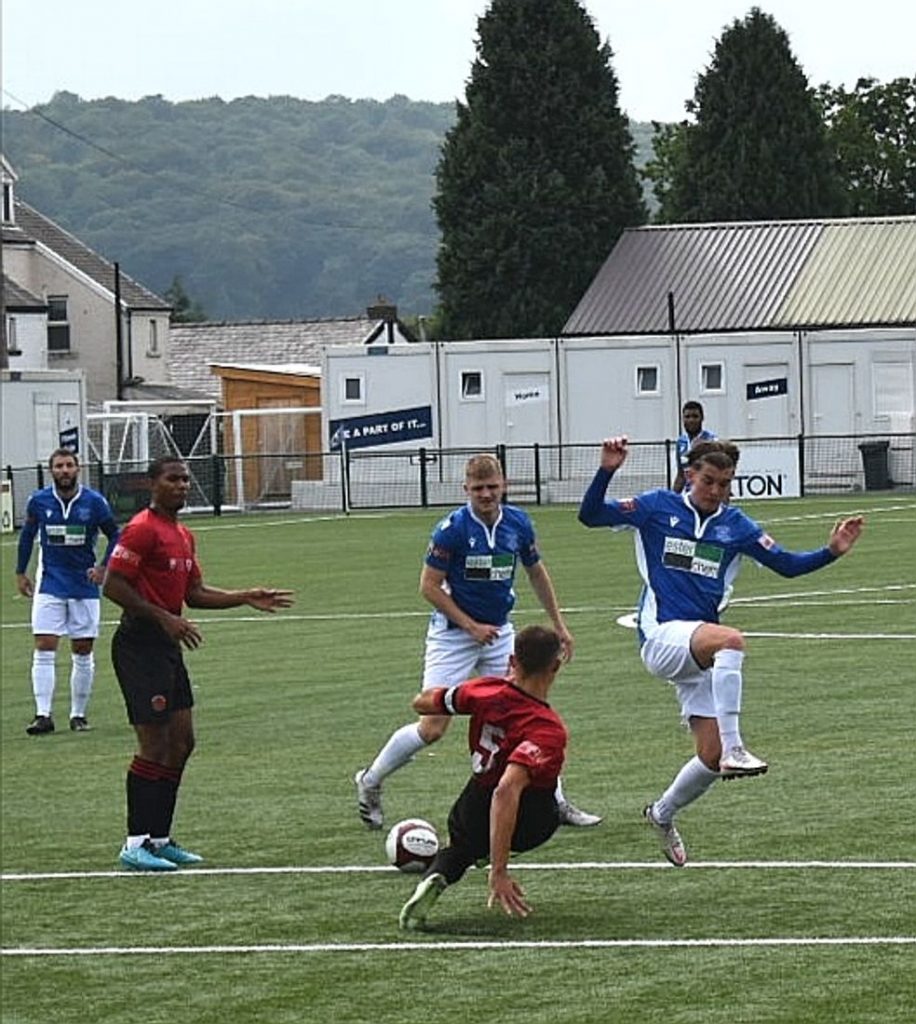 For the second successive year Mickleover were drawn away to Leek Town in the FA Cup, but on this occasion it was played Buxton’s Silverlands ground, with Leek’s new pitch not available yet.

Within seconds of the kick off it could easily have been 1-0 when Beavon hit the woodwork . But Leek were straight on the attack and Trickett-Smith, Saxon and Clarke all went close too.

A Leek corner after 28 minutes pulled out a fine save from Hawkins, from a Chadwick header. Before a later header hit the woodwork again, but amazingly and despite the chances to both sides, it remained 0-0 at half time.

Just as in the first half Sports had their first chance of the second half within the first minute, but this time Dales put it home, for 1-0 after 46 minutes.

Clarke then had a good run for Leek but was unable to get a shot in and it came to nought.

Sports skipper Butler was yellow carded after 68 minutes and the first substitution was made after 76 minutes, with Battisson on for Arlott-John. Gowing followed shortly afterwards for Agustien, which was soon followed by Sports second goal, when Bacon made it 2-0 from close range after 86 minutes.

The scorer then came off to make way for Satchwell and the final minutes were played out with Mickleover safely into the second qualifying round draw, with games due to be played  on September 18th.