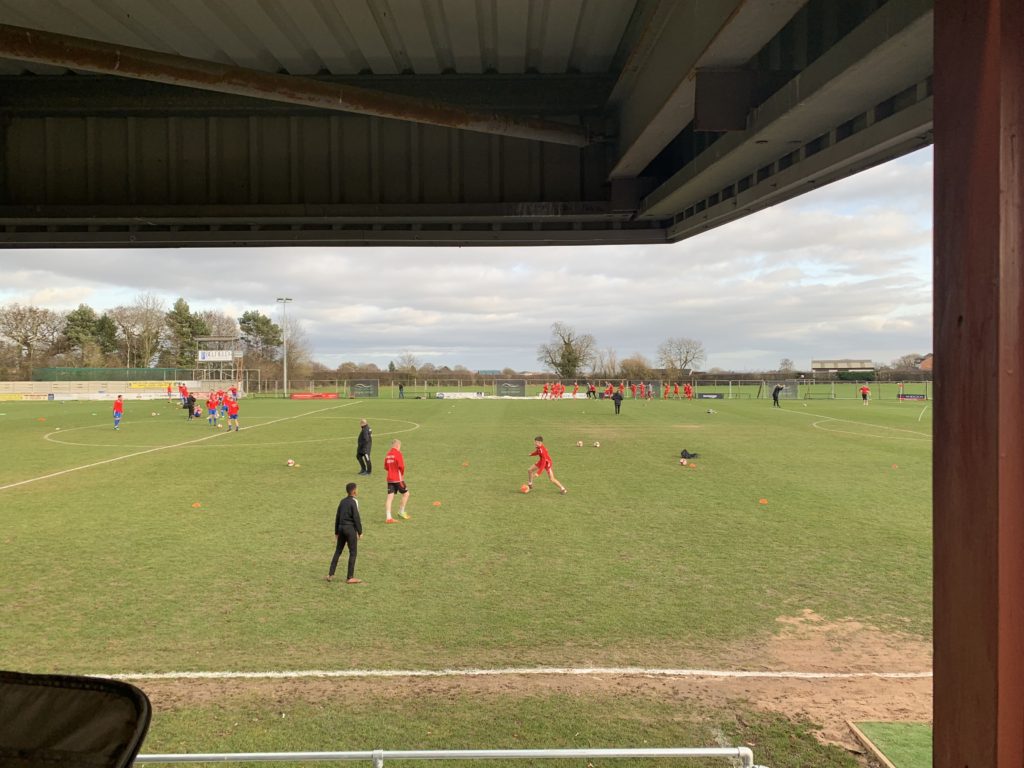 On the 26th minute, a chance came for Sports to equalise. A fantastic pass to Nathan Jarman from Mason Warren saw his shot hit the woodwork after a save by Danny Roccia. On the 30th minute, a chance for Bamber to score again but the mighty hands of Lewis King saved the shot which then fell to Danny Forbes to have another chance again but once again Lewis King saved it again. On the 40th minute, a penalty was awarded. Bamber Bridge were awarded a free kick from a foul outside the box. The free kick was took and allegedly hit the hand of Nathan Jarman. Alistair Waddecap took the shot which went straight past Lewis King to give Bamber Bridge the 2-0 lead at half time.

Second half commenced and Sports straight away had a chance to score. Shaquille McDonald was once again on the ball, but his shot was saved by the keeper and out for a corner. John McGrath took the corner and his shot was met by Pablo Mill’s head, but his shot was blocked. Sports still had possession of the ball and another chance came for Sports but was blocked and kicked out. On the 56th minute a goal came for Sports after the ball met Pablo Mills head and smashed into the goal. Throughout the second half period, Shaquille McDonald was fast paced and attempted many chances but went out wide or saved by Danny Roccia.

On the 70th minute, a chance came for Sports. A fantastic pass to Nathan Jarman from John McGrath took a shot but was saved by Danny Roccia. O the 75th minute, Sports made a change with Will Norcross replacing Ted Cribley. On the 79th minute, Sports get eh all important equaliser with Mason Warren on the ball after an excellent pass to Shaquille McDonald who sent it to Jarman and smashed it past the keeper. On the 83rd minute, a chance for Sports to grab all three points. Shaquille McDonald’s header was looped over and saved by Bamber Bridge’s keeper Danny Roccia.