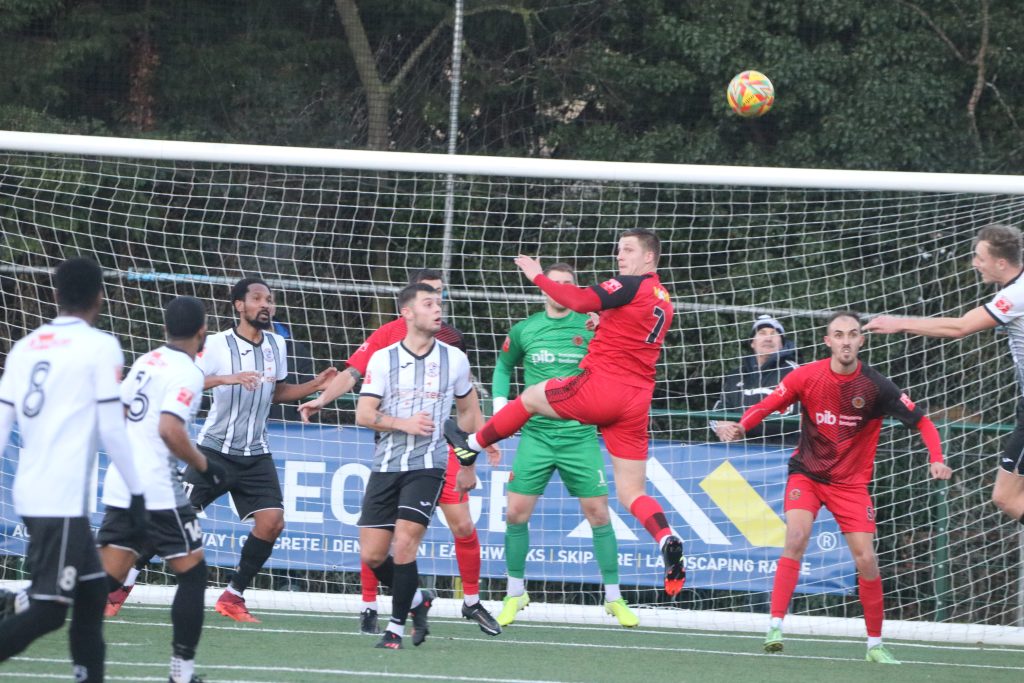 For the third successive Mickleover match, the standard of refereeing dominated the proceedings at St.Ives, with both of the hosts goals coming off the back of questionable decisions.

Rose was originally in the starting line-up but had drop to the bench with a foot injury after the warm-up and was replaced by Dolan.

Tyrone Baker and Michael Richens made an early break for St.Ives but failed to get a final shot in. Four minutes later Kieran Higgs had a good run but was fouled just outside the box, but Richens free kick was well off target.

It had been a fairly even opening few minutes, but was clear that the hosts preferred the long ball and reliability on breaks, rather than Mickleover’s more strategic approach and clashes were inevitable.

St. Ives then got a break, but the cross was initially headed away by Mann, before Richens came in with a shot over the bar again.

It was 24 minutes before either side had a shot on target, when Scott came down the right, found Beavon in the middle, but his shot was straight into keeper James Dadge’s hands.

Ed Hottor was the first of the hosts to go in the book for a foul on Beavon, but a few minutes later Beavon put a lovely ball across the box to Marshall, but the striker just couldn’t get enough space to turn and shoot. Higgs then led another St.Ives break but his effort was well wide again.

Watt was then adjudged to have fouled Hickinson on the edge of the box. Richens 32nd minute free kick was well saved by a diving Hedge, and was St.Ives first shot on target.

The resulting corner then gave Hottor a long rage shooting opportunity, through a crowded area, but Hedge had it covered.

Richens then joined the refs yellow card collection, with Scott needing treatment for the foul on him. Wilson’s free-kick found Beavon, but his header was off the mark.

It was in the closing eight minutes of the first half that Mickleover had their best chances, in an overall poor show. Trueman and Beavon had a nice one-two cutting in from the right, only for a late interception stopping Beavon in the box.

Trueman then cut through again from the right, pushed the ball across the face of the goal, with Marshall just a whisker away from connecting and a certain goal.

0-0 was probably a fair reflection on the first half, which was interrupted far too often by free kicks, which combined with the hosts kick and run style, stifled Mickleover’s attempts at creativity.

Despite being not fully fit, Dales replaced Scott as they came out for the second half.

St.Ives went straight on the attack and almost immediately earned a corner. Johnny Herd put the cross in but Jordan Williams’ header was over the bar.

As Dales attempted his first run he was brought down knee height by Paddy Casey, who joined the yellow carders for his efforts. But even a half fit Dales was causing problems, as he beat the defence with a 49th minute run, only to shoot over the bar.

Following a string of corners for the hosts, Watt was then yellow carded for a totally innocuous challenge. Fortunately the free kick was wide again.

Baker led the next St.Ives break on the left, but his effort was into the side netting and although they continued to try random shots, none were on target.

Dales cut through the defence after 63 minutes, strolling past three defenders, before shooting straight at the keeper, but the poor standard of refereeing was soon to reach new heights.

“I was defending and the ball bounced and hit the my shoulder, but I don’t think the ref actually saw it himself,” said Butler. “For the purposes of determining handball offences, the upper boundary of the arm is in line with the bottom of the armpit. IFAB

But the referee reacted to the appeals, gave a penalty and a red card, despite the more than justified appeals from the Mickleover players.

Jonny Edwards stepped up take the kick and planted it firmly to Hedge’s right, to give the hosts a totally undeserved 0-1 lead.

Dales broke through again but fired over after 74 minutes, following a Dolan pass, but there was worse to come when only people in black and white saw Watt foul Edwards. But again the referee gave the free kick which Toseland fired home 0-2 after 77 minutes.

The referee seemed to blowing his whistle at nearly every tackle as we entered the last 10 minutes and Sports pushed hard for a consolation. Dales looked to be free again, but having taken the ball on his chest and rounded a defender, he was then unbelievably given offside!

But with eight minutes on the clock Beavon broke in space and had Herd as the one defender to challenge him. He decided to hack Beavon’s legs from under him, but as the last defender before goal, it wasn’t the expected red car but a yellow?

So Mickleover returned home pointless, after a poor advert for football and even poorer one for refereeing. With the winners failing to have one shot on target from open play in the whole game. 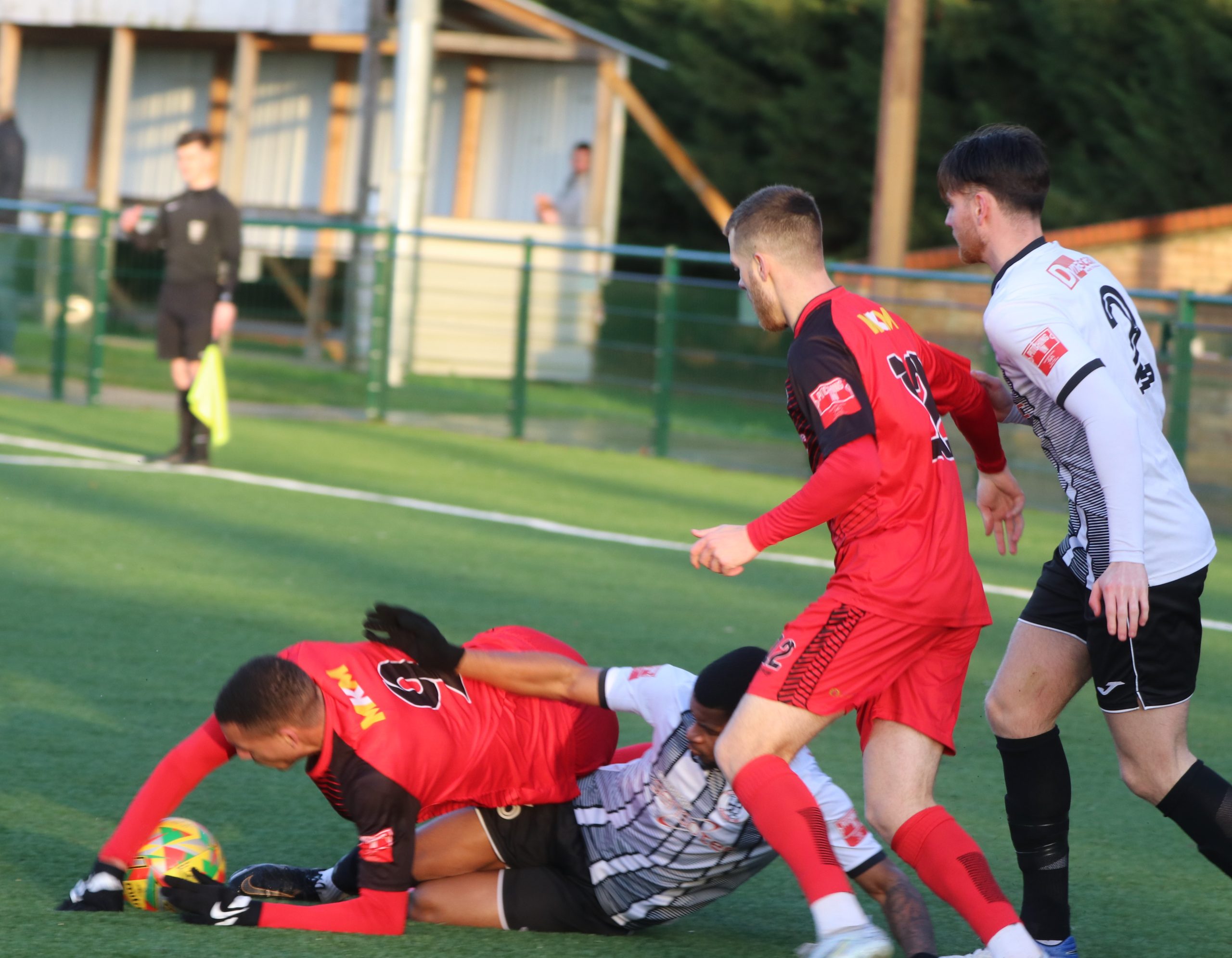 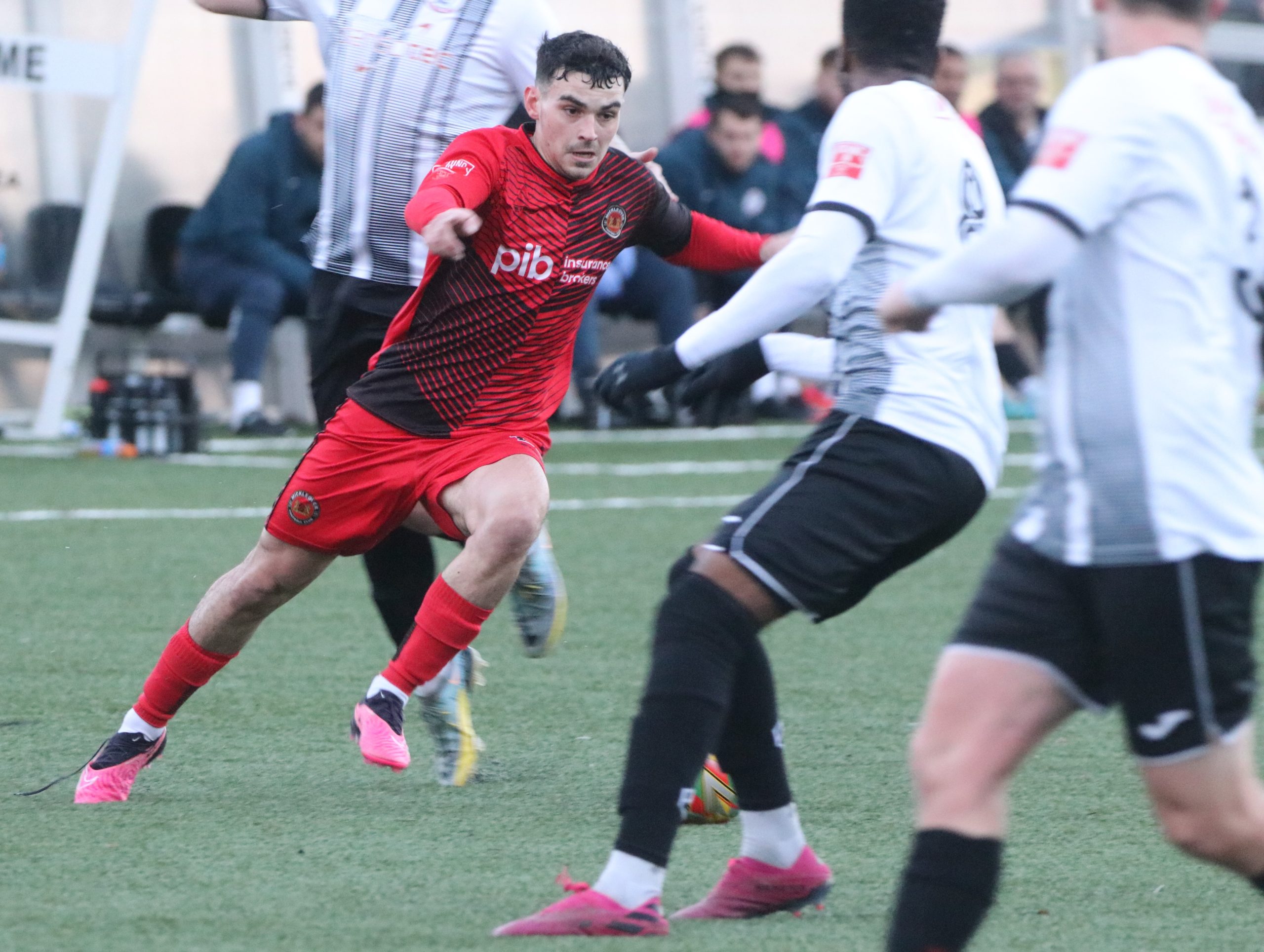 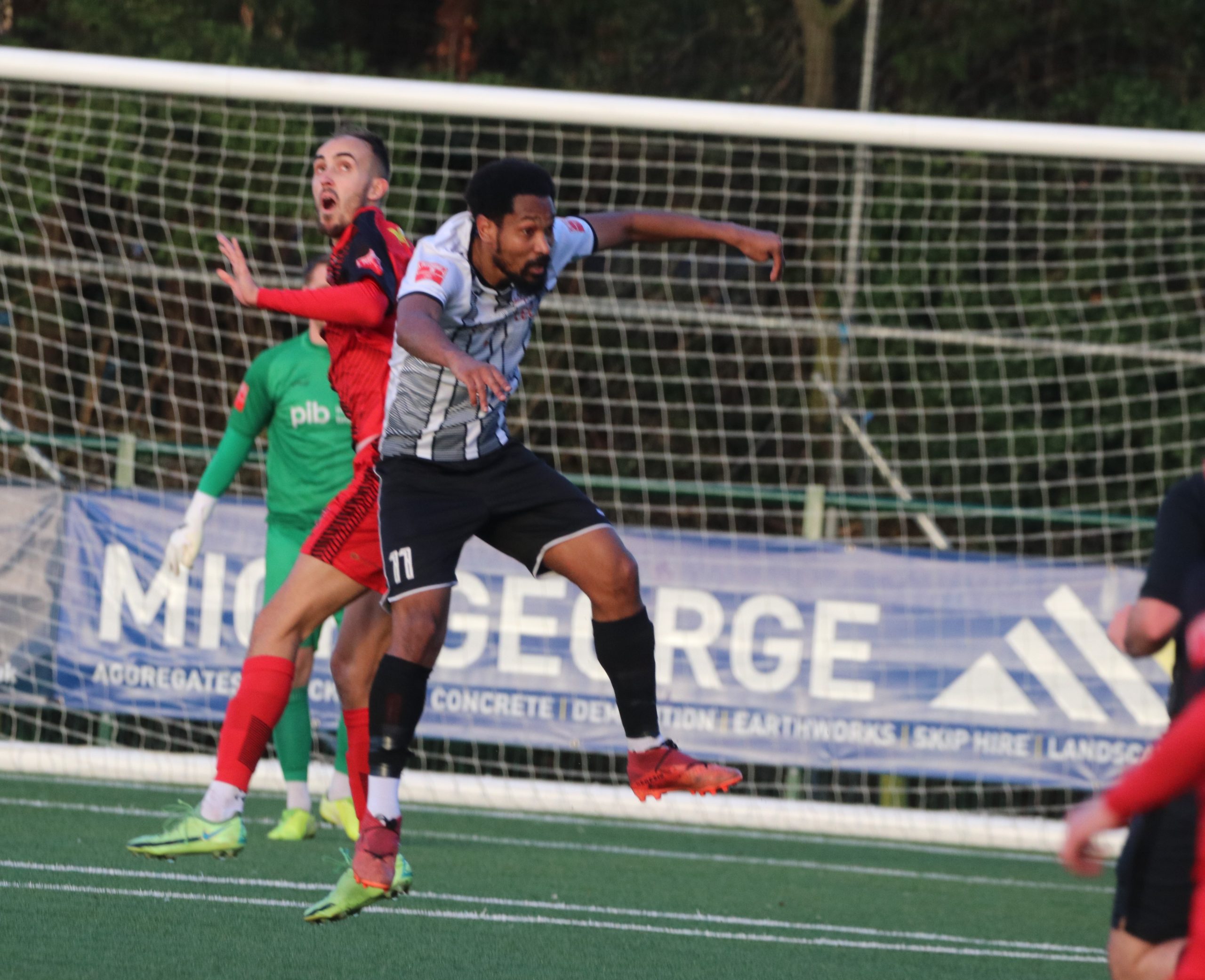