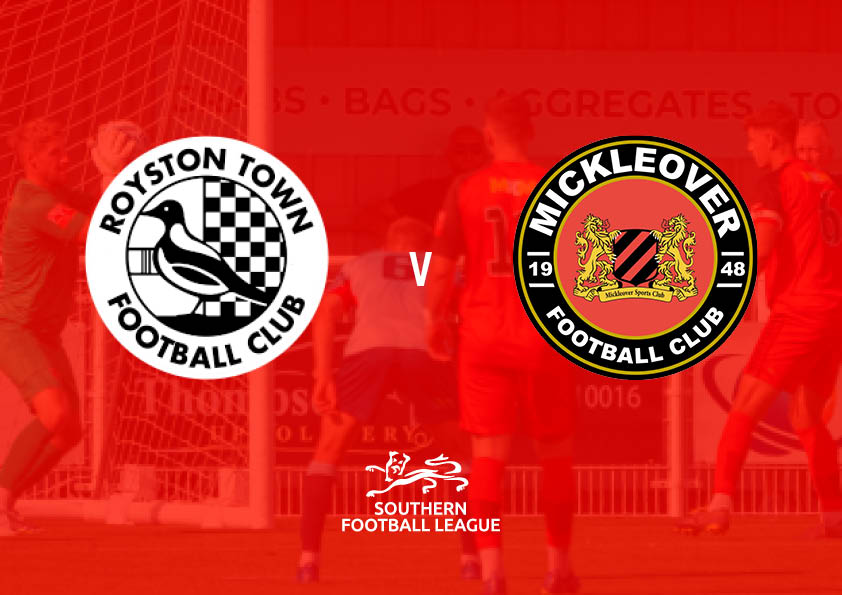 Our hosts on Tuesday night are one of the few teams left in the Southern Premier League Central, that we haven’t met so far this year.

They are currently 13th in the table, four points behind Mickleover, but had recently come into some form, with only one defeat in the last six games, including consecutive wins at home to Bedford and away to St.Ives.

But last Saturday they were trounced 5-1 away to Stourbridge, as Mickleover lost out too at St.Ives.

Manager Steve Castle was a midfielder who started as a Tottenham junior, but also played for Leyton Orient, Birmingham and Plymouth among others, before retiring in 2004. He has been in charge at Garden Walk since 2013 and previously managed Takeley and St Albans and was assistant at Cambridge Utd.

Dimitrios Kyriatzis had been first choice keeper, until he picked up an injury. He was with Brentford after they picked him up at Henley Utd. But after a loan at Stevenage, he joined Inter Leipzig in Germany on his release. After almost two years he returned to the UK with Bedfont Sports and came to Royston in November 2021.

Following Kyriatzis’s injury, Louis Chadwick has taken over the number one spot. He is a loanee from Cambridge Utd, who has also been loaned out to St.Neots, Cambridge City and Brentwood.

Right back Cole Da Silva has represented Wales at every level from Under 16 to Under 21. Originally a Luton Town junior, he passed through Chelsea, Brentford and Leicester City’s youth scheme’s too, before going to Croatia with HNK Sibenik. He returned to the UK after six months and played for Oxford City and Hemel, before coming to Royston in September.

Ronnie Henry was a Tottenham youth team player, who was loaned to Southend before making a permanent move to Dublin City in 2004.He then spent seven years at Stevenage, before joining Luton Town, only to return again two years later. Another five years on he joined Billericay, from where Royston signed him in May ’21. He is also Grandson of ex Tottenham double winning defender Ron Henry.

Striker Matt Bateman in his second spell at Garden Walk. He arrived originally from Berkhamsted in 2019, but moved onto Hemel after one year, before making the return trip again in August ’21.

Midfielder Connor Furlong only arrived from Rushden & Diamonds in October. He was an MK Dons Junior, loaned to Oxford City and Aylesbury Utd, before moving to Bedford. He then moved on via St.Ives, Barton Rovers and Biggleswade, before joining Rushden in August ’21.

Striker Fredrik Hinds arrived just before Christmas, after spending a year at Wingate. He had League Two and Championship experience, after starting off at Luton Town. He then joined Bristol City, who also loaned him to Cheltenham, Wrexham and Colchester and a three-month spell at Hemel before joining Wingate.

Right back Shaun Keane came to the club pre-season, from Peterborough Sports. He was previously at Bedford, having started out with Peterborough Utd.

Left back Joel Nakatani-Brown was a pre-season arrival too, from Westfield. He has also played for Hillingdon, Cockfosters and FC Romania.

Former Cambridge Utd midfielder Fernando Bell-Toxtle was signed in September from Rushden & Diamonds. He was loaned to St.Neots and joined Rushden following his release, but moved to Basford while studying in Nottingham, before returning to Rushden.

Midfielder Alfie Williams is on loan from Stevenage until the end of the season. He started at Tottenham’s Academy Under 12’s but since joining Stevenage he has been loaned to Biggleswade, Kings Langley, Hemel and Hayes & Yeading.

Pre-season signing Nathan Shikuna is an attacking midfielder too who started out at MK Dons. His path took him on to Aylesbury, New Bradwell St Peter, Buckingham, Bedford, Kempston Rovers, MK Gallacticos, Barton Rovers and was at Rushden last season.

Midfielder Spyros Mentis has spent most of his career at Royston. He first arrived from Takeley in 2014, having previously been at St Albans. He has had spells at Soham and Hayes & Yeading too, but has been back at Royston for the last three years.

Young defender Will Hall was signed in October. He’s an ex Watford junior and had a loan spell at Kings Langley last season too.

Experienced defender and captain Adam Murray had played for Cambridge City before arriving at Royston, but well over 200 hundred appearances later he is still a main stay of the side.

6ft 6in striker Shomari Barnwell arrived in November from Hanwell Town. He started out with Bowers & Pitsea before joining Dagenham & Redbridge. A loan at Bishop Stortford followed, before he moved to Solihull Moors. After a further loan at Lewes he joined Barking, moving on again to Brentwood, Grays, Great Wakering Rovers, Bishop Stortford again, Maldon & Tiptree and started this season at Hanwell.

Centre back Mackye Townsend-West has recently arrived on loan too from Stevenage, having previously been to St.Albans.

Matthew Crowther, Freddie Brown and Archie Cane have also been in the squad this season, having come through the clubs own junior scheme.

Mickleover will be hoping firstly for an efficient referee, while concerns over Mitch Rose and Jake Scott’s injuries, plus Mason Warren’s suspension, Elliott Reeves unavailability and less than fit Andy Dales, are all concerns for gaffer John McGrath and his team.

Kick off is 7.45, but with more rain forecast and a grass pitch, keep an eye on Social Media.