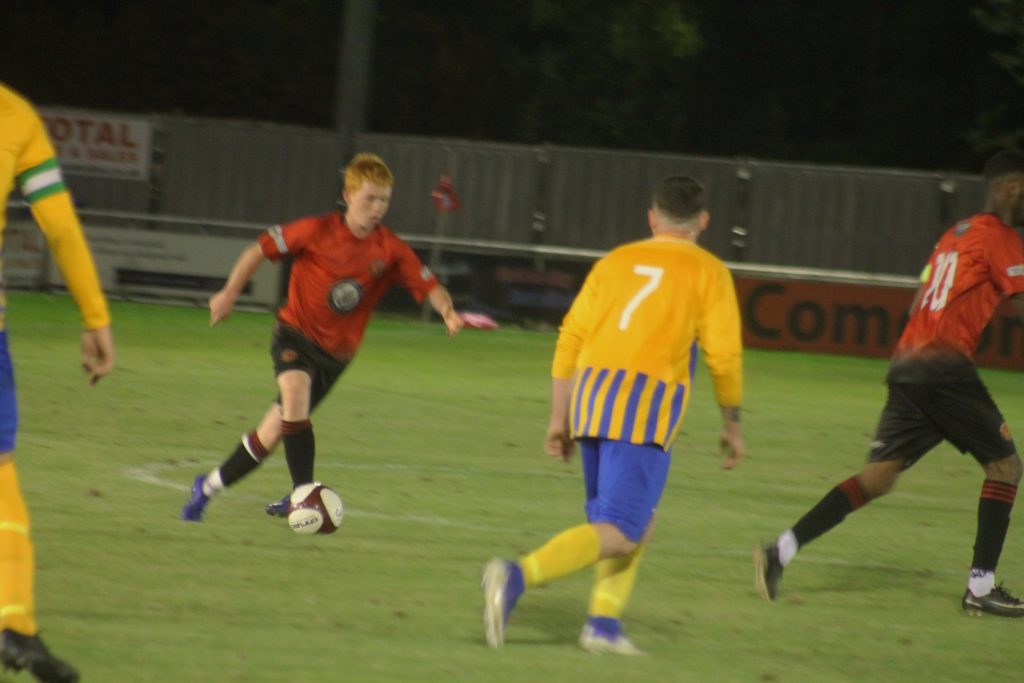 Straight off the back of last Saturday’s 4-4 draw at Linby, Mickleover FC Reserves were in sparkling form, with a comfortable 4-0 home win against Ashland Rovers, their first home game in the Central Midlands Premier League South.

Satchwell was on the attack from the kick off, bursting through Ashland’s defence, before Ayetaine’s following shot was blocked.

Clark almost got the home defence in trouble with a poor clearance, but the visiting attack failed to maximise their chance and then wasted the follow-up corner.

But Sports went straight back into full attack and after Satchwell had another shot straight at the keeper, then a sprinting overlap from King down the right, saw Ayetaine take his chance on four minutes 1-0.

It was obvious that the Ashland defence was struggling and only a minute after the opening goal, Battison, Ayetaine and Tefera combined for another possible opportunity.

Morrison was controlling the midfield, supported by the youthful exuberance of Pennington and Battison, and it was a long ball from the former Irish International that started a move between Satchwell and Battison, before his shot on the return was saved.

The chances were coming thick and fast and after 11 minutes Ayetaine got his second from a Satchwell pass, as the striker was left with time and space.

Ashland had their first real shot two minutes later, followed by a long clearance from keeper Smith and more pressure for the visitors defence.

Morrison had another free kick blocked before Ashland fire another shot over the Mickleover bar.

But King’s overlapping runs were reeking having for the visitors down the right. Satchwell put the wing back through but the keeper intercepted and just before the half hour mark Ashland had a couple of free kicks, one straight into Smith’s waiting arms and a second well off target.

33 minutes in and it was 3-0, again an overlapping run beating the defence, who spent more time shouting and appealing than defending, leaving Satchwell to bury it in the back of the net.

The rest of the first half was very one sided, Tefera found space but shot straight at the keeper, Battison went close when the keeper charged out and missed the ball and then Ayetaine was tripped on the edge of the box, with Mills free kick taken by the keeper.

It was 3-0 at half time but could have easily been five, with Ashland looking disjointed in defence and midfield, leaving their strikers with little service.

At the start of the second half the visitors seem to have settled for a while, before Battison carved through the middle and was tripped, but no free kick.

The young teen was back again, sending Satchwell through with a shot that hit the left hand post and went out.

Mickleover were back in the ascendancy and after 59 mins a great ball from Satchwell to Ayetaine, found Tefera, whose shot was just wide.

A couple of minutes later the visiting defence survived a barrage of attacks, with the ball bouncing around the box, as Battison, Ayetaine, Tefera and Satchwell all tried getting shots in as they bounced off defenders legs.

Sports made their first change when Davies came on for Morrison after 64 mins.

King continued to frequently outrun the defence, as their constant offside appeals and bickering became tiresome.

At times it was like shooting practice, but after King was tripped in the area, Sports were awarded a penalty  and Ayetaine put it home for his hattrick and 4-0. 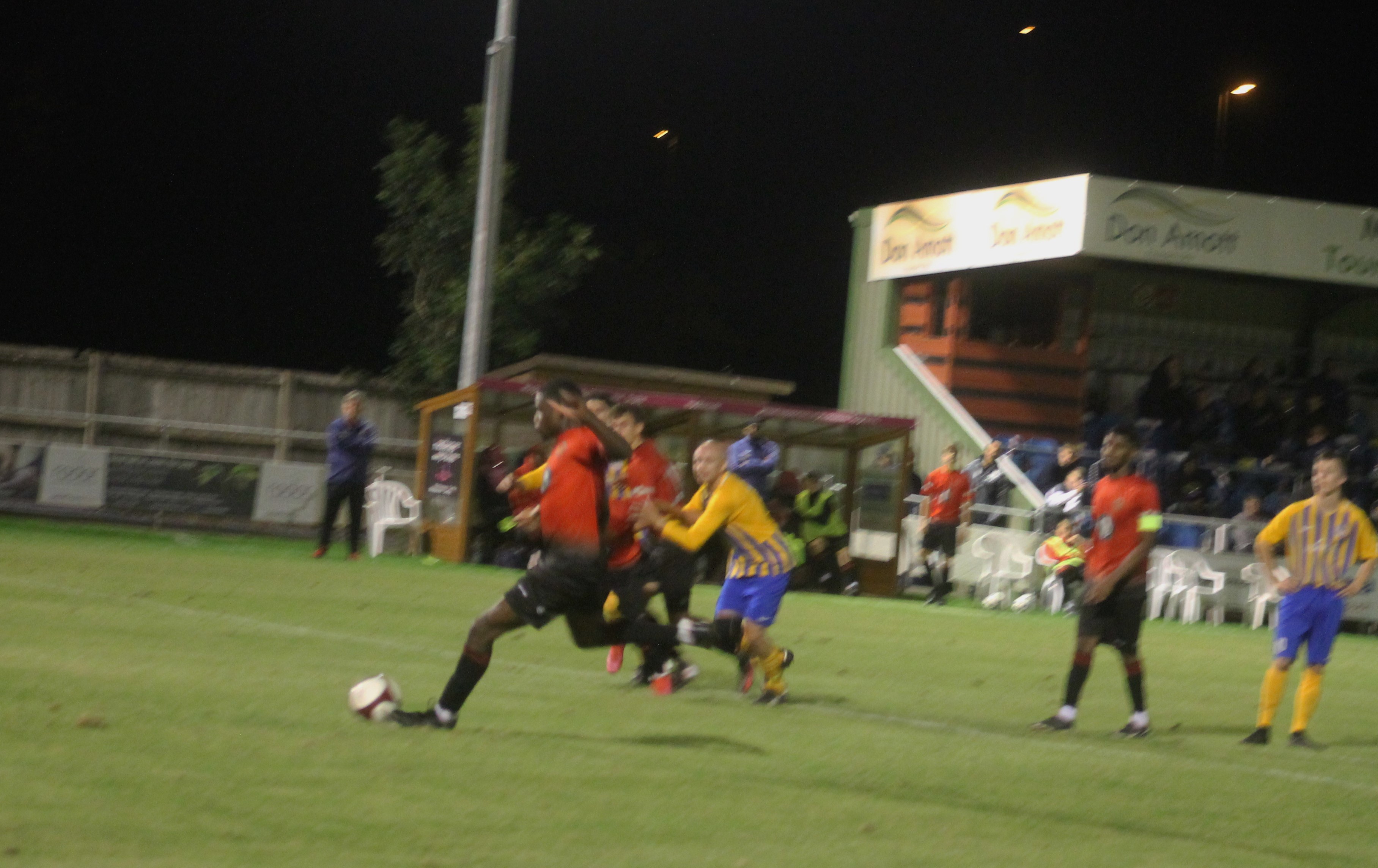 Satchwell and Mills came off before the end, replaced by Williams and Lewin, but the night belonged to the whole team, a magnificent start to their new home league campaign.

They are back in action again tomorrow, away to Mansfield Hosiery Mills, kick off 3pm.

The hosts beat Holbrook Sports 2-0 at home last Saturday 2-0, before going down 0-1 at South Normanton Athletic on Tuesday evening.

Mickleover are currently fourth in the table and Mansfield are seventh. 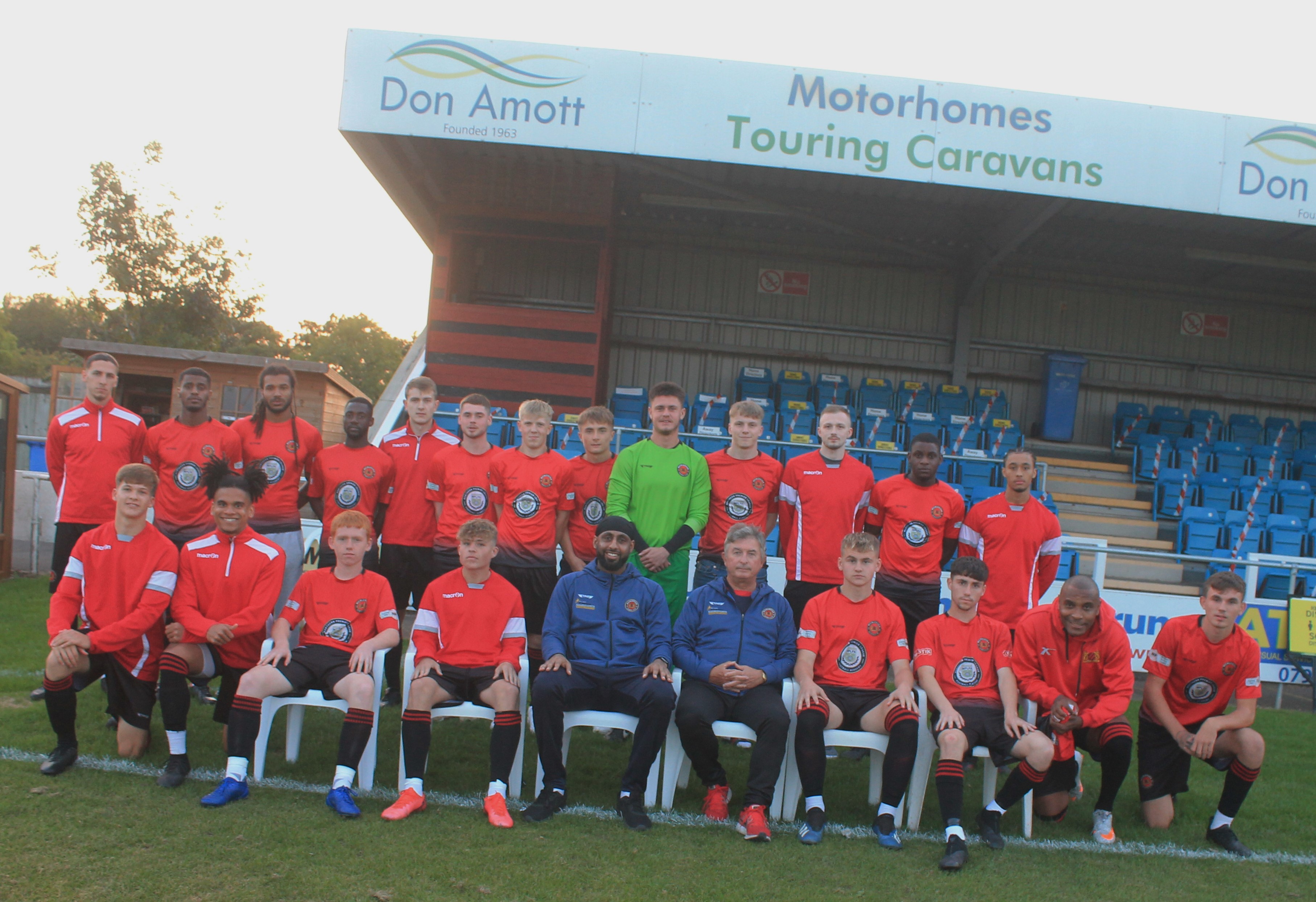