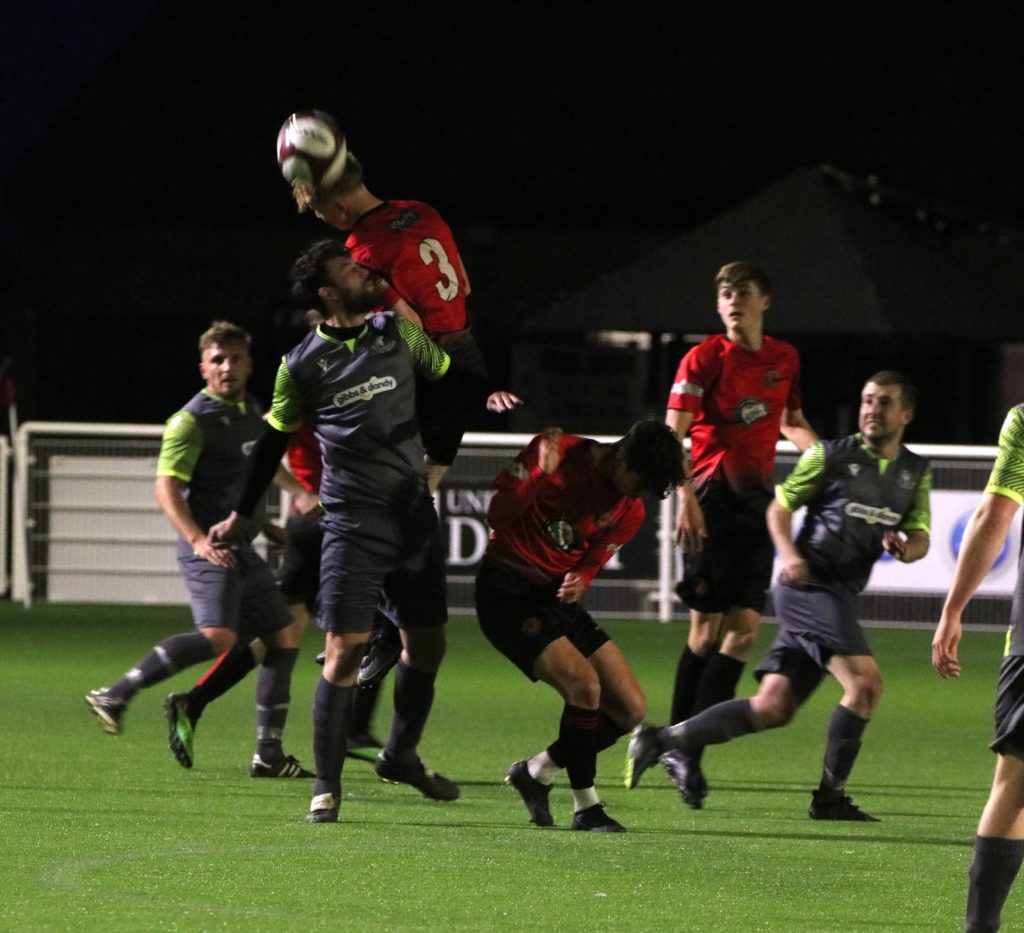 Having scored over 100 goals in the Central Midlands League this season, a 0-0 draw has been a rare occurrence this season for Mickleover Reserves.

But with last night’s goalless game at the Don Amott Arena against Linby, it’s now two out of the last three games.

For the opening 20 minutes of the game it was the visitors making the pace and trying their luck on goal at every opportunity.

After only two minutes Linby shot just wide and had a good chance when the bounce of the ball beat Anthony, only for the Linby striker to shoot wide of Bowen’s right hand post.

Sports had been trying long balls from Wright and Atwal for Moore and Barker to run on to, but the plans were mainly intercepted before coming to fruition.

It was 23 minutes before Mickleover had their first real shot, when Horleston put Moore through for his shot to be saved.

But five minutes later Wright managed to create his own space  and put a shot just passed the left hand post.

They went close on 36 minutes when Moore fired in a shot from the right and Wright hit the rebound over the bar.

Only a minute later Wright put a telling ball through the defence from the right wing, with only Linby keeper Leverton’s feet stopping Barker from opening the scoring.

But Linby came fighting back again and threatened with two counter attacks before the whistle went for half-time at 0-0.

It was a lively start to the second half with the visitors taking an early long shot which was just wide.

But Moore was suddenly in the clear and poised to shoot after 48 minutes, when he was pushed down by the pursuing defender from behind, apparently unseen by the referee.

But Mickleover were looking sharp and Wright found Moore again, whose strong shot was well taken by Leverton.

Barker was playing more on the wings and cutting in but after 51 minutes his cross found Horleston, whose first-time shot was just the wrong side of the post.

Linby were under more pressure than at any other point in the game, with both Lewin and Robinson pushing further forward too.

It was a Robinson run and cross that was inches from connecting with Moore’s head, but the Linby keeper again came to the rescue.

But having broken out of their own half the visitors continued to cause a threat too and after Bowen saved a long shot in the 54th minute, he was forced to dive at full stretch two minutes later to keep it all square.

Moore was finding himself manhandled more and more by the visitors defence, with a number of fouls going unpunished, but Mickleover continued to threaten as they played the ball out from the back.

Atwal had a shot just wide on the hour from a Robinson cross, but Linby then charged back with a long shot over the bar.

Mann had started to bring the ball forward too as Mickleover tried everything to open the scoring, but after some sloppy defending Bowen had to make a another save after a low shot to his far corner.

Barker was working hard to make progress after a tough duel on the right, he beat two defenders to put a ball across the face of the goal after 68 minutes. Moore was in position but somehow the two didn’t connect and it went out for a throw.

Mickleover then made their first change with Jude Ayetine on for Massampo.

Frustration began to show in places, but Barker and Moore continued plugging away at the front, with Wright, Atwal and Horleston trying to create the openings.

Barker had another positive run after 75 minutes, but Moore’s path was blocked, only for another Linby break with a shot straight at Bowen.

Moore was finally given a free kick after numerous fouls on him and Atwal’s following free-kick was on target for the opening goal, until Leverton managed to tip it over.

Wright then had another attempt saved by the keeper’s feet, before Bowen was called into action, tipping a cracking effort around the post for a corner.

In the closing minutes Mann got his head to a corner, but it was not to be and Barker had his final attempt forced over, before he was replaced by Devon Smith.

The men of the match from both sides were probably keepers Bowen and Leverton, who kept the score at 0-0, but praise too for the Linby side who pushed table toppers Mickleover all the way for 90 minutes.

The Reserves next game is away to local rivals Mickleover RBL on April 16th.