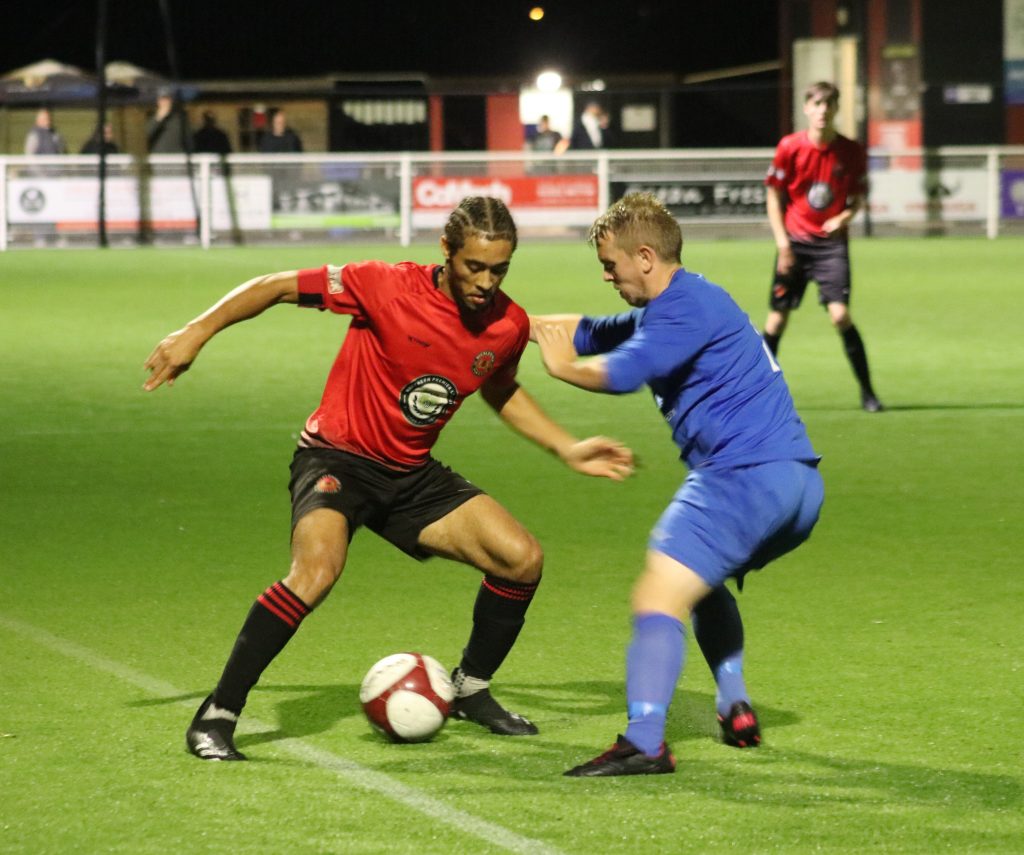 Mickleover Reserves made it two wins in four days, as they beat table topping Blidworth Welfare on Friday evening, to end the visitors long unbeaten run.

It could so easily have been a goal for the visitors in the opening minute, when Pugh lost possession just outside the box and Bowen had to make an early save.

But only four minutes later McGrath, King and Atwal combined in a positive build up, but the final shot was just over. 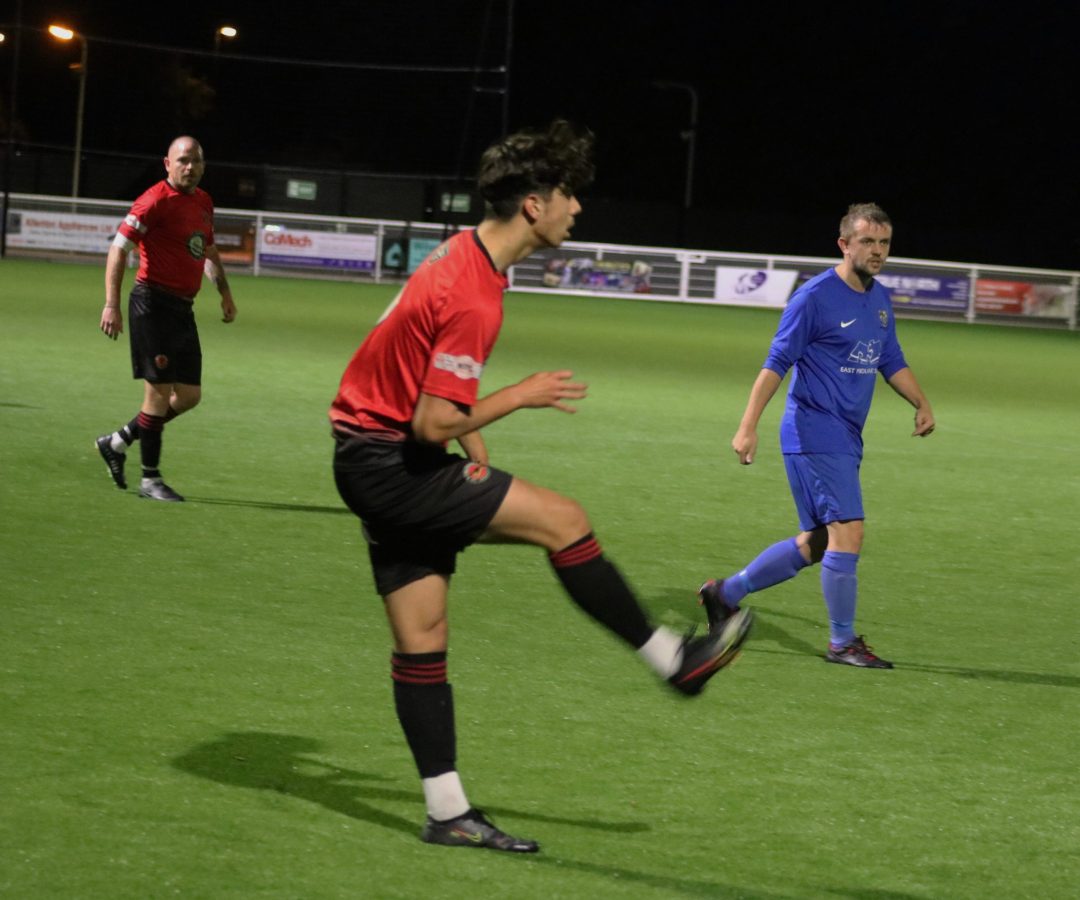 For a while it looked like Sports had got the opening goal when after nine minutes Satchwell went up with the Blidworth keeper after a cross from McGrath. He won the ball and put it in the back of the net, but the referee gave a foul in the keepers favour.

But it was Blidworth who opened the scoring after 14 minutes, when a poor kick from Bowen was intercepted and the incoming striker made no mistake in firing over the oncoming keeper, 0-1.

Only a minute later though Barker was in full flight when he was tripped in the box. Atwal took the penalty and it was 1-1.

The next 10 minutes were fairly end to end, before a McGrath free kick was headed on from Morrison, with Barker just failing to connect.

Blidworth then went on the attack again, but a half chance was sent well wide of the target.

29 minutes in and Satchwell scorched past the Blidworth defender on the right, fired in a shot from a tight angle, which rebounded off the post.

Barker picked it up and fed it through to Satchwell, who made no mistake, 2-1.

There were appeals for a Blidworth penalty after 36 minutes, it was a hard tackle but the Sports defender won the ball and the appeals were dismissed. 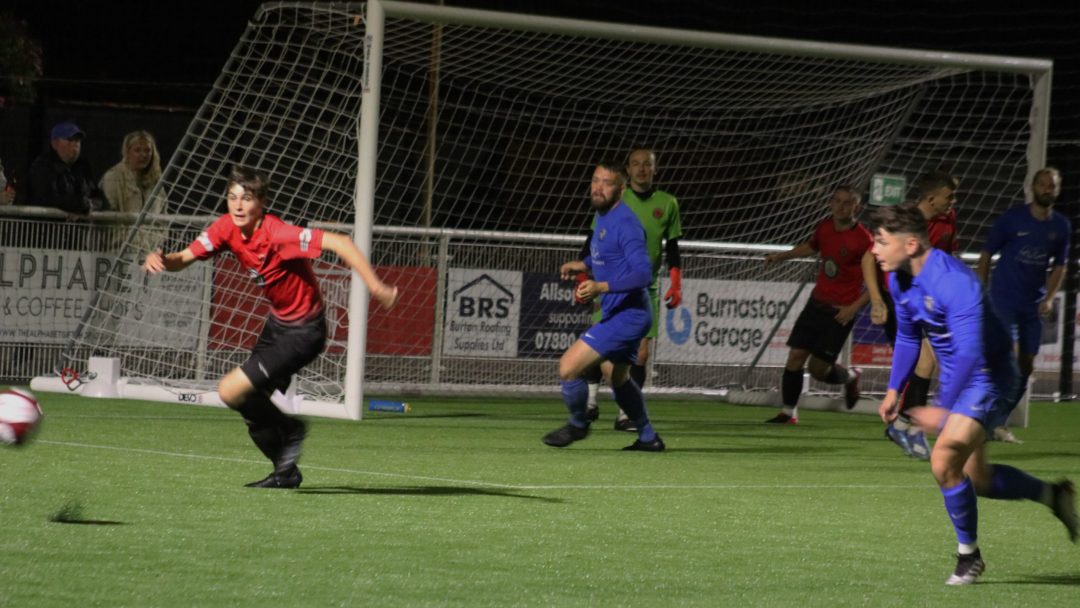 Some of Mickleover’s defending had become too casual and they had begun to give the ball away.

But in the closing minutes of the first half it was Mickleover on the attack again. Barker had another near miss when McGrath and Morrison combined again and another Morrison ball split the Blidworth defence, but was too long for Barker.

Almost on the whistle Satchwell made it 3-1 when a long clearance from McGrath, left him challenging one on one with the Blidworth keeper in the air. Satchwell’s head proved decisive and this time the goal stood.

Only four minutes into the second half and it was back to 3-2, when more casual defending left the way clear for the Blidworth strike, giving Bowen no chance with a powerful shot.

Barker picked up the pace again and both King and Edge-Lucas were back with positive overlaps from the wing.

54 minutes in Pugh made a lovely lobbed pass into the heart of the Blidworth defence, but both Barker and Satchwell’s progress was blocked.

Only a minute later Barker was through again, but was tripped in the area. Everyone in the ground witnessed the tackle a yard inside the box, but the referee gave a free kick outside, which came to nought.

The attacks were piling the pressure on the visitors defence and after 57 minutes an Edge-Lucas’ cross  from the right was punched away by the keeper inches from Satchwell’s head. 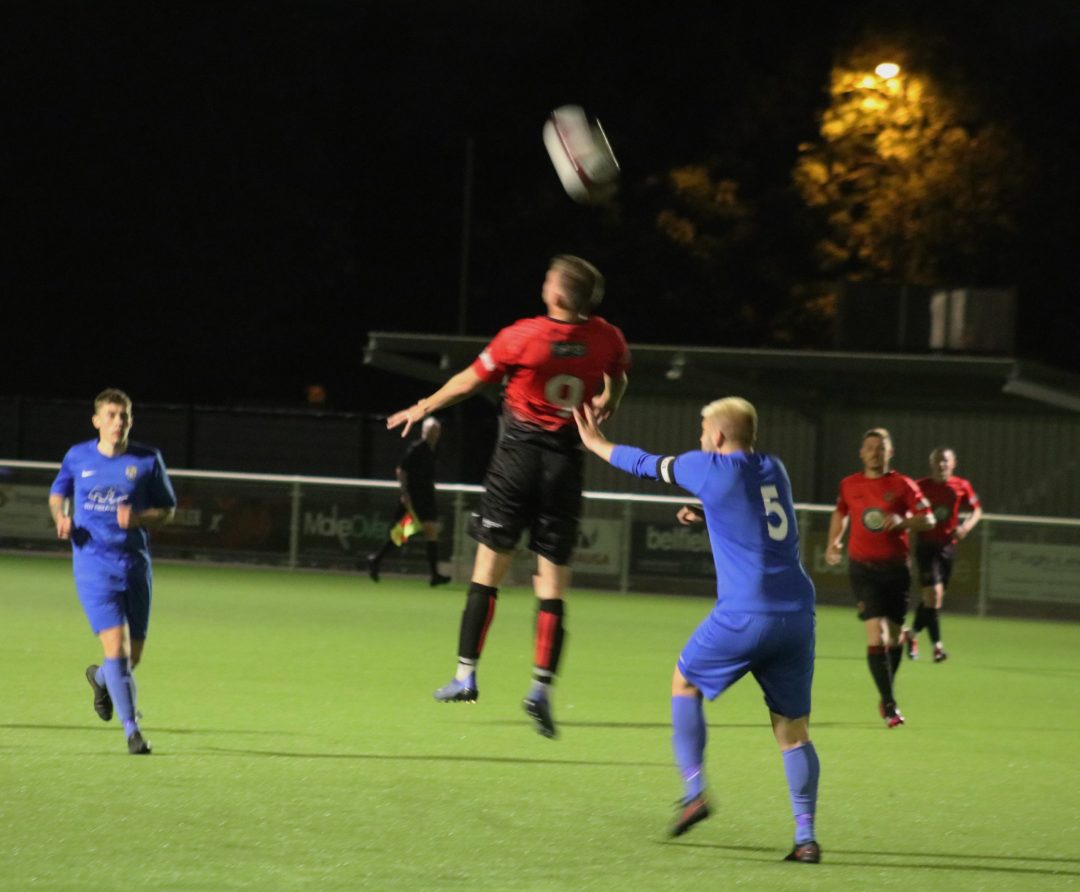 Three minutes later Barker’s pace and drive was finally rewarded when a fine solo run in from the left made it 4-2.

Sports made a double substitution with Mills and Elliott on for Morrison and Wright.

Mills was soon in the action too, heading just over from a McGrath cross after 65 minutes, before Elliott tried a random shot well wide of the target.

Ayetine came on for Barker after 70 minutes, but it was Mills going for goal again. He had a lob over the bar from a McGrath through ball, before Ayetine fired in a great shot well saved by the Blidworth keeper.

Mills tried another lob after 83 minutes and right on time Ayetine put a cross or shot right across the face of the goal.

Mickleover now move to only two points off Blidworth at the top of the table with two games in hand.