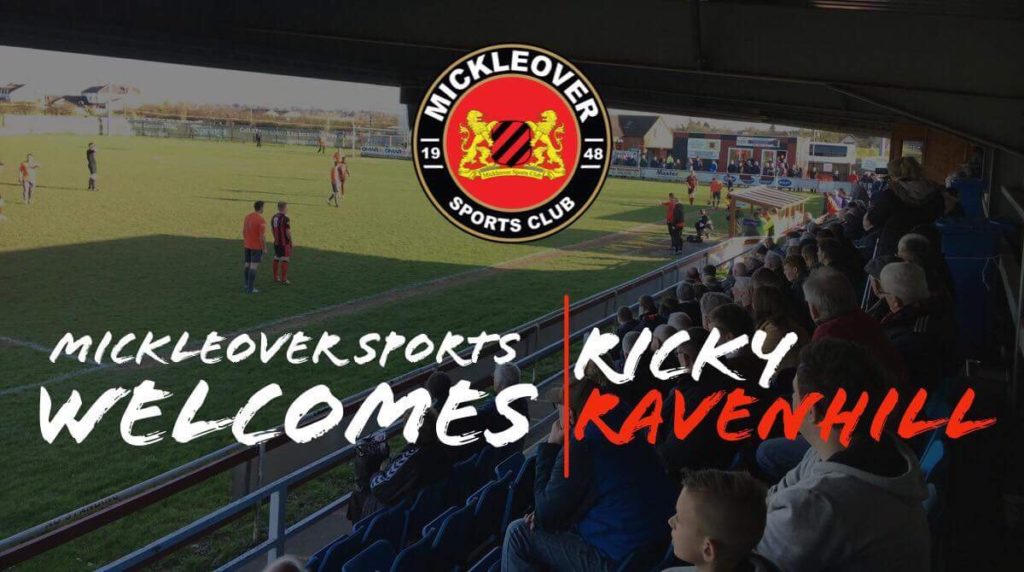 Mickleover Sports are delighted to announce the signing for experienced midfielder Ricky Ravenhill from Derbyshire rivals Buxton FC. The 37 year old boasts Football League experience with Doncaster Rovers, Grimsby Town, Darlington, Notts County, Bradford City, Northampton Town and Mansfield Town. He was part of the Doncaster Rovers side that won back to back promotions from the National League and League Two between 2002 and 2004. Ricky also won League Two with Notts County in 2009-10 and was part of the Bradford City side that lost 5-0 to Swansea City in the 2012-13 League Cup Final as well as gaining another promotion from League Two in the play-offs against Northampton Town in the same season. Ricky has most recently been at Sports Derbyshire Rivals Buxton FC, and was on the bench when the Bucks won 3-1 at The Don Amott Arena earlier this month.

Sports Boss John McGrath told Press & Media Officers Sam & Kerry Goldsworthy, “I am delighted to welcome Ricky to the club”. Ricky is a player I have admired and got on with for a while and I am thrilled to bring such an experienced midfielder to the club. He was had a lot of success over the years with clubs at Football League level and hopefully he can bring that extra bit of experience into the dressing room with what we already have. He’ll also be a good asset for our younger players who they can learn off. But besides all that Ricky is also a quality and highly skilled footballer who will only improve our current squad.

Ricky will go straight into the squad for the Scarborough Athletic game. Everyone at Mickleover Sports would like to welcome Ricky to The Don Amott Arena and wish him a happy and successful time at the club.