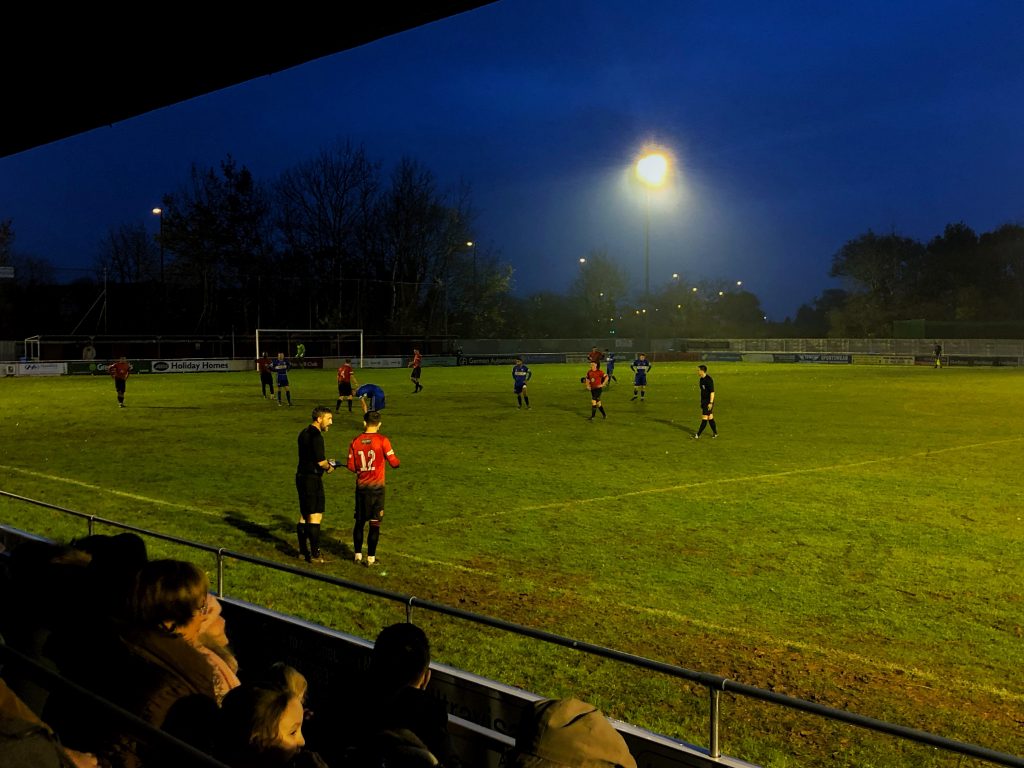 Sports suffered their fourth consecutive loss in the league to Radcliffe United, with thanks to super-sub, Elliot Rokka.

Rokka was brought on in the 81st minute and took just six minutes to break the deadlock. Rokka picked the ball up on the left-flank and hit a wonderful strike from outside the box which beat debutant goalkeeper, Muhammad Otoyo. A match which could have swung either team’s way, unfortunately for the Sports, went to the visitors.

The Sports can also feel hard done by today, when on the hunt for an equaliser, Nathan Modest was clearly shoved in the box and went to ground. The referee, R.Watson, waved play on and Pablo Mills had the last chance of the match, but his header was comfortably saved by Radcliffe goalkeeper, Oliver Martin.

The Sports dominated for large periods of the match, especially in the second half. Chances have been hard to come by in recent weeks, however, that wasn’t the case this week, execution on the other hand…was.

The best chance for The Sports came on the hour mark when Mason Warren got on the end of a lofted Modest cross and headed just inches wide. The Sports showed real creativity going forward and had multiple different types of chances.

John McGrath has said that: “The last three or four weeks, the performance hasn’t been good enough. The ability to go through the midfield and create chances is what we’ve lacked in the last couple weeks. It allows us to give the back-four a break and get balls up to Lee Hughes and Nathan Modest.”

When the Sports pushed forward desperate to get points on the board, Radcliffe were able to find pockets of space in behind the wingbacks. Matthew Wolfenden had a fantastic opportunity to get on the scoresheet as he got in behind and chipped Otoyo. Fortunately for the Sports, it was off target.

The Sports have now entered the bottom half of the table, they sit 13th with 21 points. They play Loughborough Dynamo on Tuesday evening at the Don Amott Arena in the Integro League Cup 1, where McGrath has said that he’d “like” to win that cup competition.

The Sports return to league action on the 23rd of November, where they will face Warrington Town at home and will look to pick up their first points of the month.