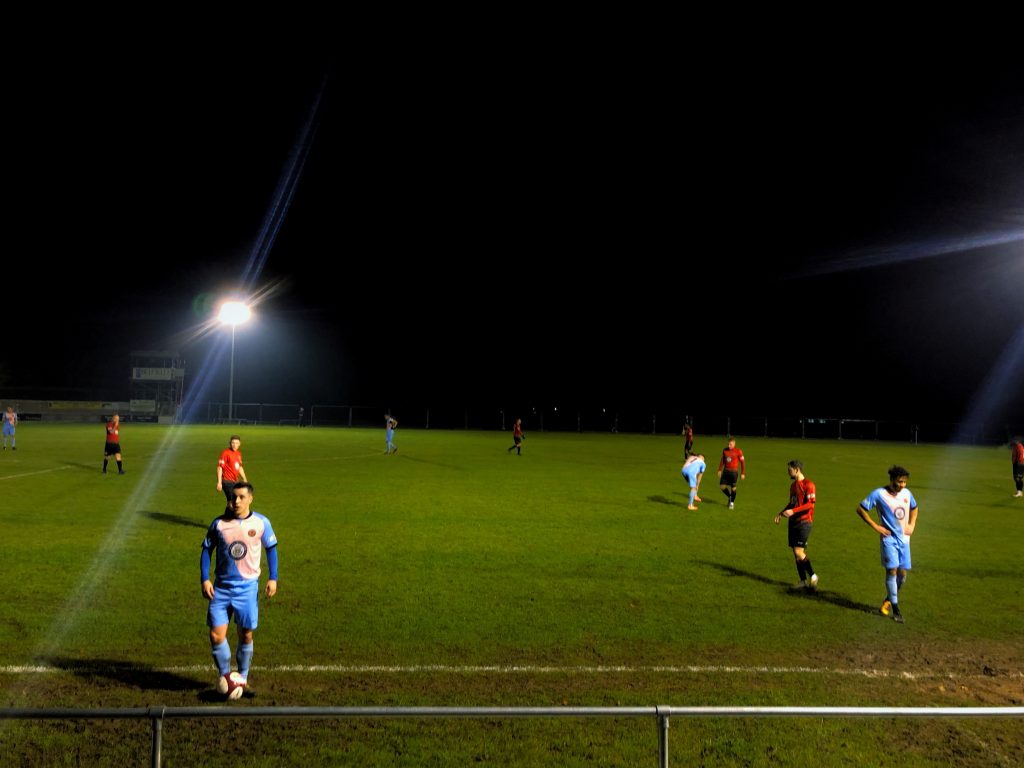 Mickleover Sports score two in three minutes against Loughborough Dynamo to advance to the second round of the Integro League Cup.

Centre-back partners, Pablo Mills and Greg Young, were essential in Tuesday night’s victory. After going behind, Mills made it 1-1 in the 22nd minute. Mills’ header at the back-post ricochet back to him and acrobatically smashed the ball into the back of the net.

The Sports were forced into an early change just before half-time when Nathan Modest went down with an injury. Youngster, Karel Tvaroh replaced him and was put to work down the right-wing. An uneventful start to the second half proved to save all the excitement for the last 15 minutes.

Karl Demidh got his second of the night for Loughborough Dynamo and gave the visitors the lead in the 75th minute. The Sports reacted just the way manager, John McGrath, wanted:

Character plays a massive part in football. Whether you play in the lower leagues or the Premier League, it all comes down to character and they showed that tonight. They overcame the adversity that was presented, and I couldn’t be more of the boys tonight.

Young got the Sports back on level terms in the 86th minute. Tvaroh whipped in a cross from the right-flank which provoked a goal mouth scramble and a clearance off the line. Luckily for the hosts, the clearance fell to Young who slotted the ball home.

It got even better than that for the Sports. Yet again Tvaroh took the ball down the right-wing and got the ball into the box. This time it ended on Mill’s header that managed to lob the Dynamo keeper and complete the comeback for the Sports.

Four ex Sports players returned to the Don Amott Arena, Will Norcross, Karl Demidh, Alex Steadman and Curtis Burrows. They all put in a good shift and we hope they enjoyed their return.

The Sports get their first victory since October 5th when they beat Scarborough Athletic 1-0 and advance to the next round. The second-round draw date is to be confirmed.