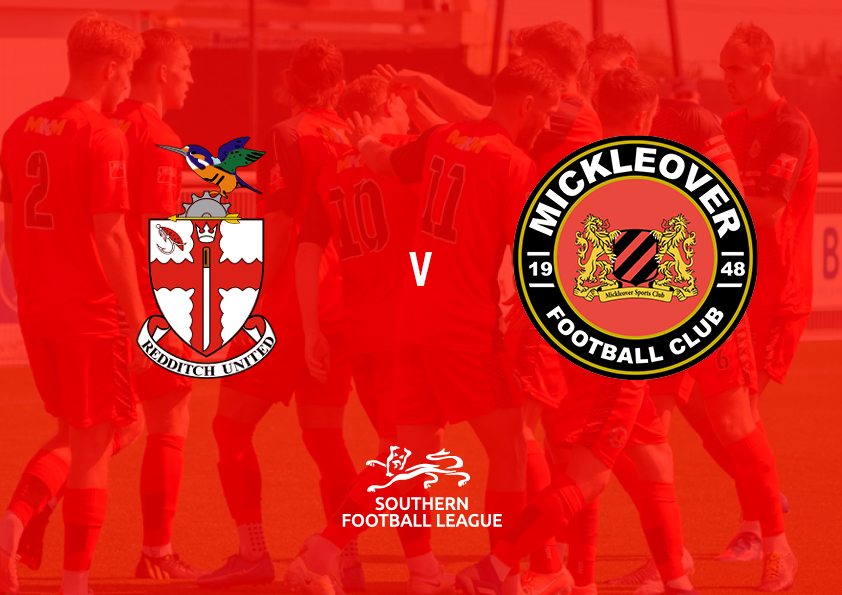 After five successive home games, Mickleover are back on the road again this weekend, when they visit Redditch Utd.

Our hosts are one place behind Mickleover in fifth, two points apart, and drew 0-0 at league leaders Tamworth last Saturday.

Redditch have lost four games so far this season and all have been at home. In their last home match, they hosted Basford, taking a 2-1 victory, with both goals coming from penalties.

Sports made three changes for Tuesday’s draw at home to Stourbridge, but struggled in midfield, particularly in the second half.

Matt Clarke has been in charge at the Trico Stadium since September 2020 and is a former player for the club. He also played for Wolves, West Bromwich Albion and Kidderminster during his playing career.

Captain Jack Byrne is a midfielder and has been with the club since November last year, when he came from Telford.

It’s his second spell with the club having previously arrived in January 2009 from Stratford. He also played for Kidderminster, Solihull, Brackley and Nuneaton.

Goalkeeper Kieren Boucher is an ex-Aston Villa Junior. After a spell at Kidderminster, he came to Redditch in October 2019, moved on to Stratford in July 2020, but returned after only two months.

Centre back Ryan Wollacott started out at Stourport, before spending just over three years in the Welsh Premier League with Aberystwyth. He then moved to Alvechurch, before returning to Stourport, from where Redditch signed him in July last year.

Left back Calum Flanagan is another ex-Villa Junior. After a loan at Kettering he joined Hinckley on his release, before making his first stop at Redditch in 2015, when he came from Worcester.

Further moves to Hednesford, Solihull, Rushall and Halesowen, with a couple of career breaks in between, preceded his return to Redditch in January.

He isn’t the only Flanagan in the squad though, as brother Reece is a midfielder and former Walsall Junior.

He joined Leamington after his release and had spells at Rushall and Stratford, before Redditch signed him from Hednesford pre-season.

Ukrainian born Yan Osadychi is a right back, who had 11 years experience in his homeland before coming to our hosts in July. He played for Metalurg, ETM Kharkiv, Solli Plyus, Agrobiznes TSK and Alyans.

Midfielder Max Sheaf has spent most of his career with Hull City, making 19 League Two appearances. He had loans at Cheltenham and Torquay, before going to Gloucester following his release. After a loan at Hungerford, he made his move to Redditch in August.

Winger Bernard Mensah was a pre-season signing. He started off at Watford, being loaned out to Braintree and Barnet, before a permanent move to Aldershot.

He has also played for Bristol Rovers, Lincoln City and Maidenhead, before joining Gloucester in January 2020. He was initially loaned to Redditch in February, before making it permanent in the summer.

Midfielder Robbie Bunn came through Redditch’s own youth scheme to make his first team debut, but joined Bromsgrove in 2016, moving on to Halesowen and then Studley last October. He then returned to Redditch in November on a dual registration.

Full back Lewis Hudson came from Coventry Utd in July 2021 and played for Rugby Town, Coventry Sphinx and Racing Club Warwick too.

Midfielder Danny King is currently on a months loan from Gloucester City.

Striker Jerell Sellars is the newest signing. Aston Villa signed him from Lincoln City and loaned him to Wycombe., before a permanent move to Cheltenham.

He played 39 games in League Two scoring two goals, but moved to Sweden after his release, spending nearly three-years at Ostersund, before returning to the UK.

Midfielder Murphy Culkin was a new singing for this season, from Barton Rovers. He was previously at Eynesbury Rovers, Potton Utd and Biggleswade.

Sam Rowbottom is the second-choice goalkeeper and has come through our hosts own Academy, into the first team squad, along with Henry Smith, Adam Hanson and Josh Clews.