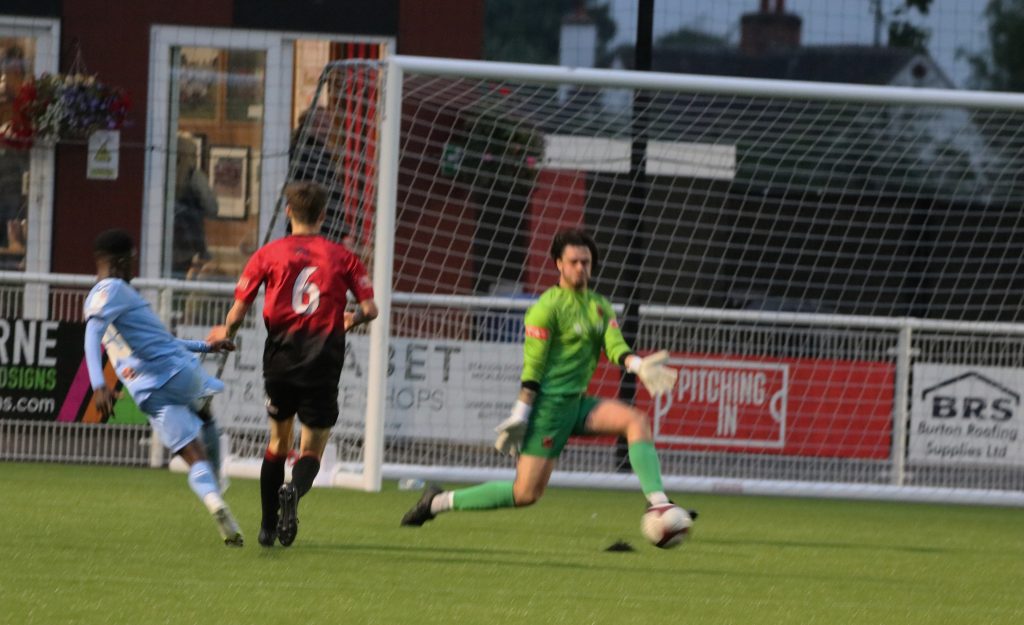 Coventry City brought a strong under 23 based line-up to the Don Amott Arena for last nights friendly match, with Sports going down 1-0 to a first half goal.

Coventry’s pace and skill was evident from the opening minute, firing in their first shot.

But Mickleover were trying to play their normal game and a nice move from Bacon left Battisson’s shot blocked after four minutes.

Mann was having problems with the pacey Fabio Tavares, and having outrun the young Sports defender, he earned the visitors first corner after five minutes, but the following header landed safely in Smith’s hands. 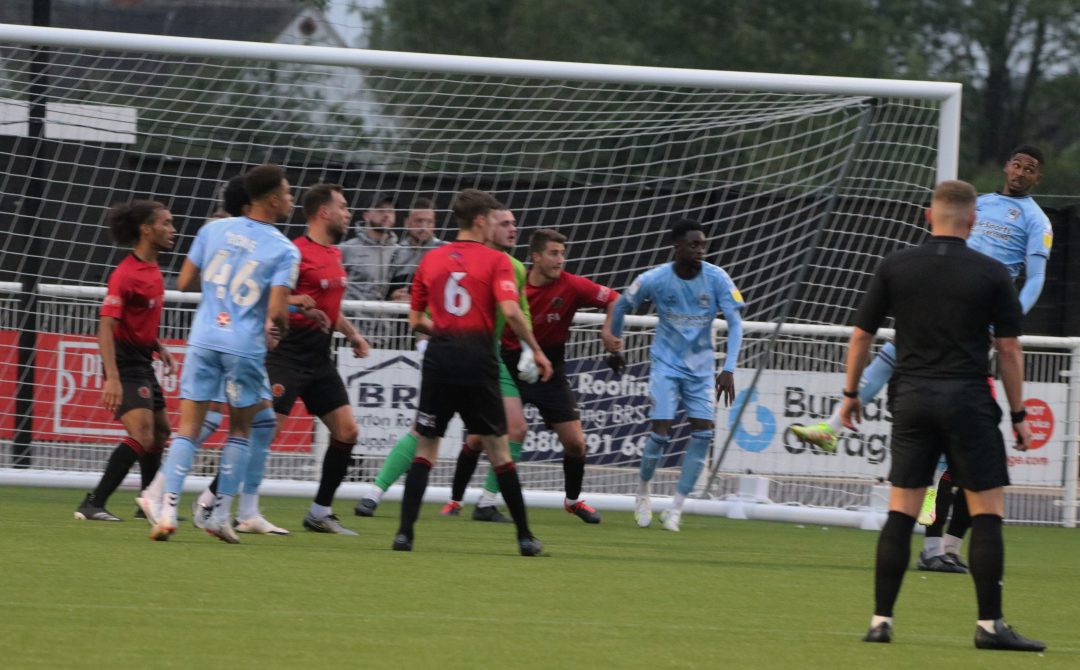 It was end to end for a while, with Battisson firing a chance shot straight at keeper Tyler, before Coventry made another charge downfield with a header just over.

As the visitors piled the pressure on they had another telling cross into the box from the left, but the following shot was again just off target.

As Lee and Gowing played deeper midfield roles, Battisson and Wright continued to be the ones to make the breaks and after 11 minutes Battisson found Bacon, whose forward pass was a fraction short for Satchwell.

Only a minute later Tavares was on the receiving end when the defence was split. He was left with a long run in, and despite Smith charging off his line, he rounded the keeper and it was 0-1.

Five minutes later and Coventry went close again, with Mann losing out to the fiery Tavares. A couple of attempts were blocked, and even a fancy back heel failed to get through.

Mickleover pushed hard to try and come back and Bacon was making progress earning a corner 19minutes in.

Tavares broke free again after 25 minutes though, but as Smith came out to narrow the angle he shot wide.

As half time approached Sports had a positive but long build up through King, Bacon and Battisson, which was initially blocked, before Satchwell collected but just couldn’t create the space to shoot.

Mills came up for the corner just before the stroke of half time, but his header was taken safely by Tyler and it remained 0-1.

Having successfully come through his comeback 45 minutes, Wright was replaced by Edge-Lucas for the second half.

It was even for the first 10 minutes again, but Mickleover were pushing harder and earned a couple of corners, with Mills heading just wide of the post from the second.

One of the Coventry Players was booked for a foul on Battisson, but as Satchwell and Bacon piled in from the free kick, the visitors had to clear off the line. 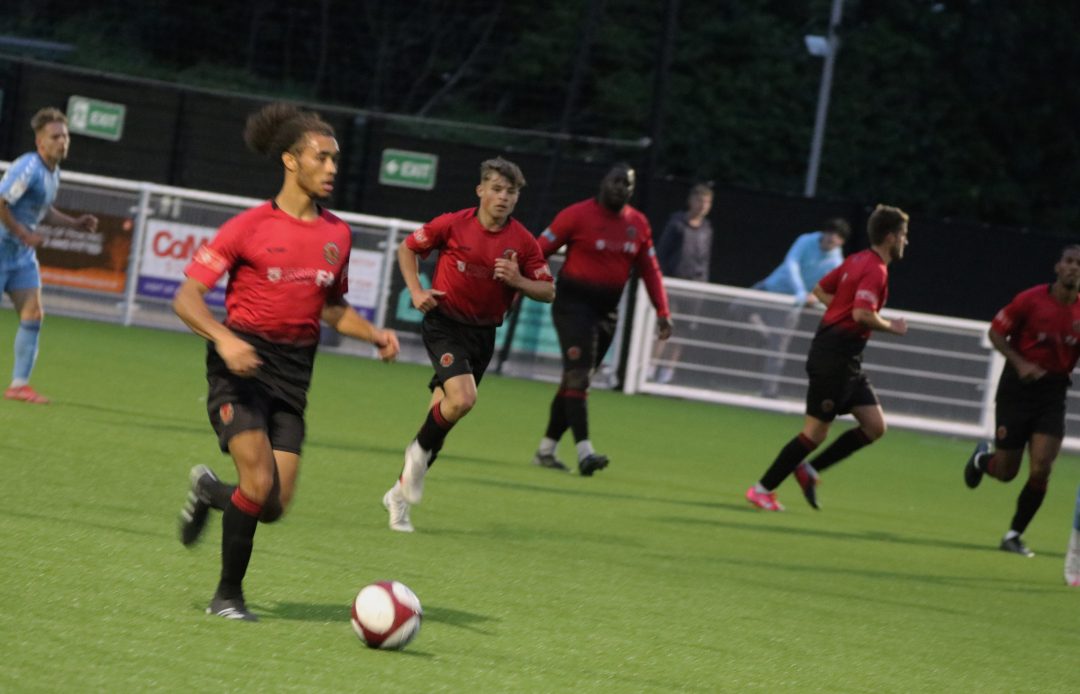 Both sides continued with quick breaks from defence, through midfield, with Edge-Lucas playing a positive role.

On the hour Moncho came on for Bacon, but it Coventry going closer again with some random shots.

As Morris started to push forward more in the second half, Sports added a new dimension to their attack and after 65 minutes he earned a corner, with Mann’s header just wide.

A few minutes later and Mickleover were unlucky not to be on level terms. Gowing started the move and put Battisson clear down the right. He was away but his shot just glanced the right hand post, with Keeper Tyler well beaten. 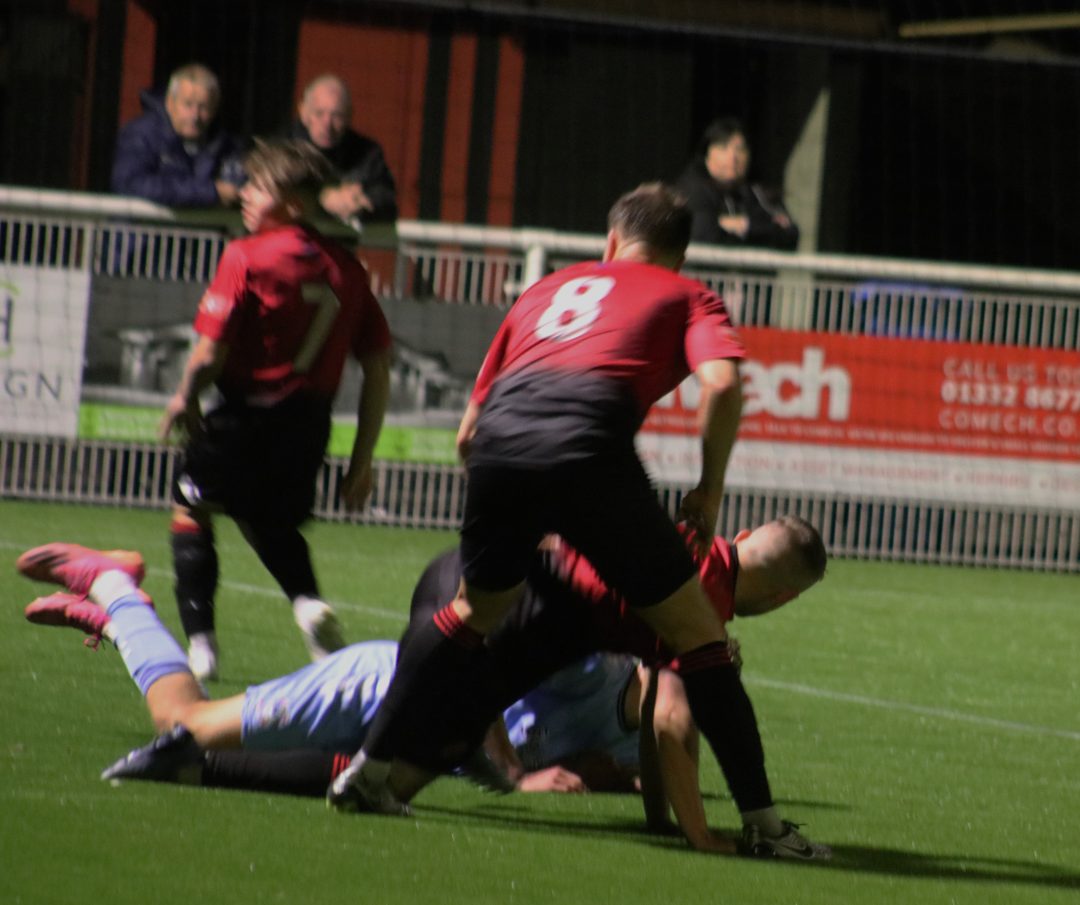 Moncho then started to settle down and with eight minutes on the clock he ran through, found Satchwell on the right, but his attempts to cut inside were blocked.

Two minutes later there was a penalty appeal waved away after Battisson was tripped, and the young midfielder went on a late charge too, after picking up a long defensive clearance. Head down he was going for it, but the keeper made the critical interception.

Although  a one goal defeat it was a good performance against a strong, well drilled Coventry team and bodes well for the future.