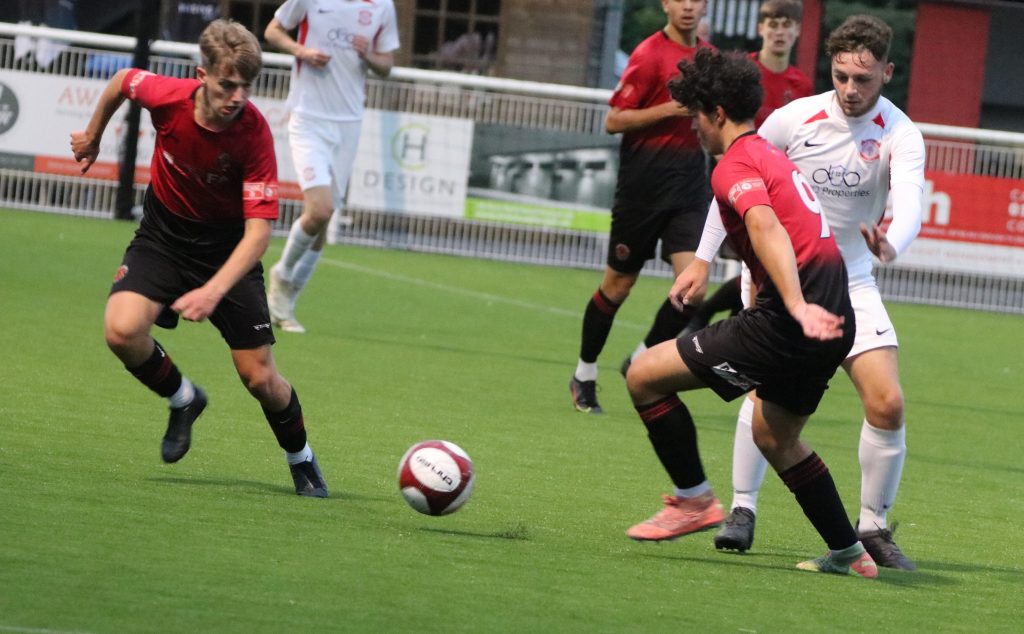 The opening round of the FA Youth Cup can always throw up an upset of two, but despite some aggressive tackling and dubious officialdom, Mickleover won through as 2-0 winners over Lincoln United.

The visitors had a good chance too after eight minutes, but the visiting striker placed his shot straight at Bowen.

Mickleover’s first real attack came a couple of minutes later, with Barker and Moore combining down the right, before Barker was fouled on the edge of the box.

The initial free kick was blocked, before Battisson picked up the rebound and shot just over.

Sports began to push forward, with short interpassing moves, Edge-Lucas and Robinson were on the overlap, but the final ball either wasn’t happening, or was blocked.

Barker charged through the defence after 18 minutes, with a good shot just wide of the post and two minutes he was brought down by the visiting keeper as he headed for goal.

The penalty was awarded, but not even a yellow card for the offending keeper, who then celebrated after Atwal penalty went wide of the left hand post.

Lincoln got through for another shot after 27 minutes, again straight at Bowen, before Battisson put one wide  at the opposite end a couple of minutes later.

Mickleover had taken charge and Barker had another shot just wide on the half hour, before Robinson charge down the left just before time, found no one in the box to receive his cross.

Lincoln appealed for a penalty too in the final minute of the first half, before a scramble in their goal mouth after a charge down field, provided a half chance, but it remained 0-0. 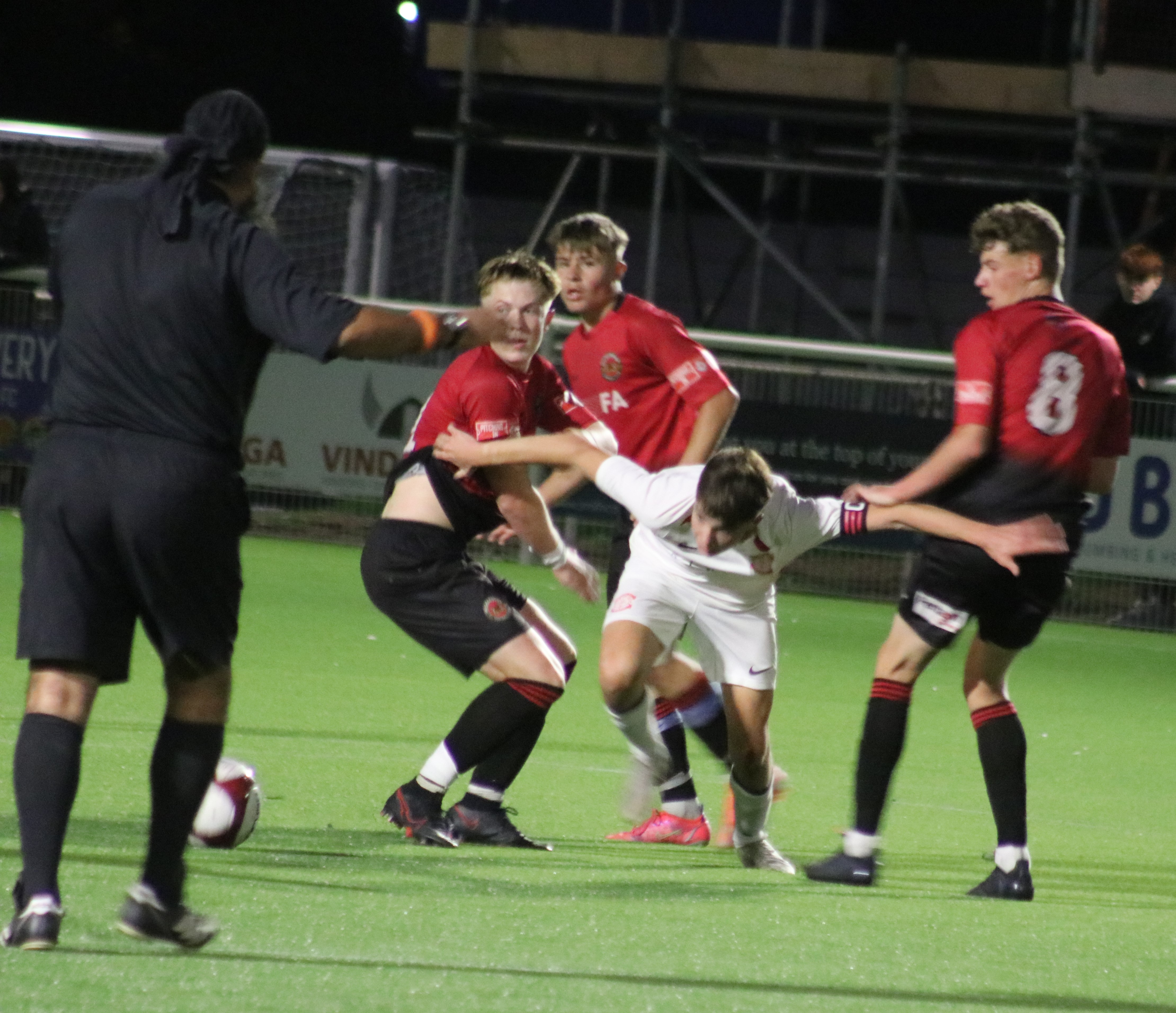 Mickleover came out fighting for the second half and Atwal had a good try in the opening minute.

Barker then got through, but couldn’t get space for his shot initially, before his second attempt went wide.

50 minutes in Lincoln had a chance right in front of goal, but failed to deliver.

The deadlock began to seem never ending despite Mickleover’s domination, with Mann and Bonser strong at the back Horleston and Murphy working had in the middle

After 53 minutes Edge-Lucas came charging down the wing , to feed Barker, who shot just over.

Finally it was 56 minutes gone when Atwal set off a move to Barker, who found Robinson charging in from defence again, firing past the Lincoln keeper to open the scoring, 1-0. 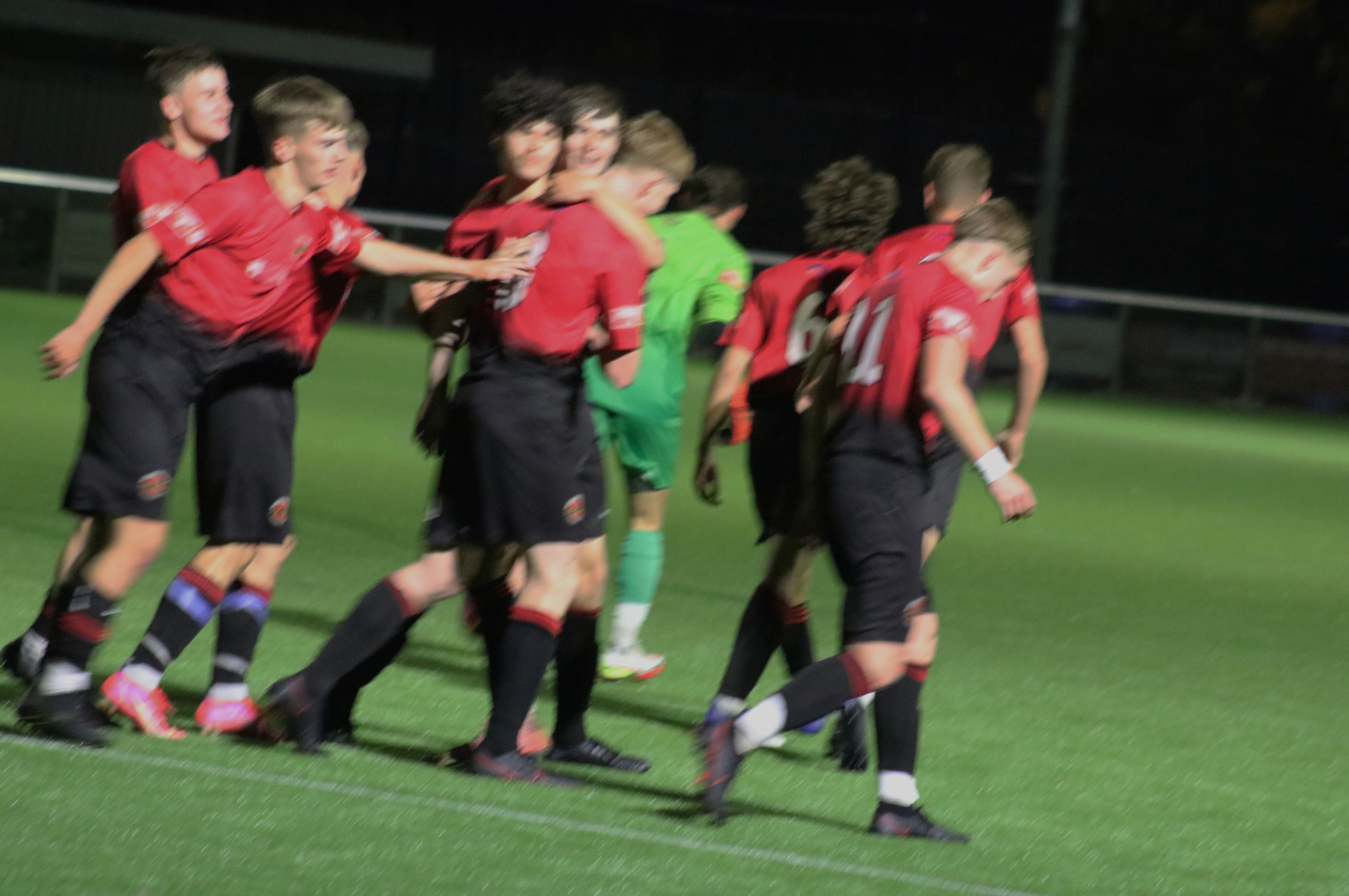 It was so nearly a second goal when another Robinson move came across the Lincoln goal, Moore slid in and missed connecting by inches.

Moore had a header just over from a Barker cross, but they both had a part to play in the second goal. Barker had put the ball in and Moore followed up, but in the melee, Lincoln’s centre back managed to out it passed his own keeper, 2-0.

Moore was somehow given a yellow card when the Lincoln keeper challenged him head first, one a number of strange refereeing decisions.

Mickleover continued to push forward and Barker found the busy Murphy in space, his shot wasn’t far off too. 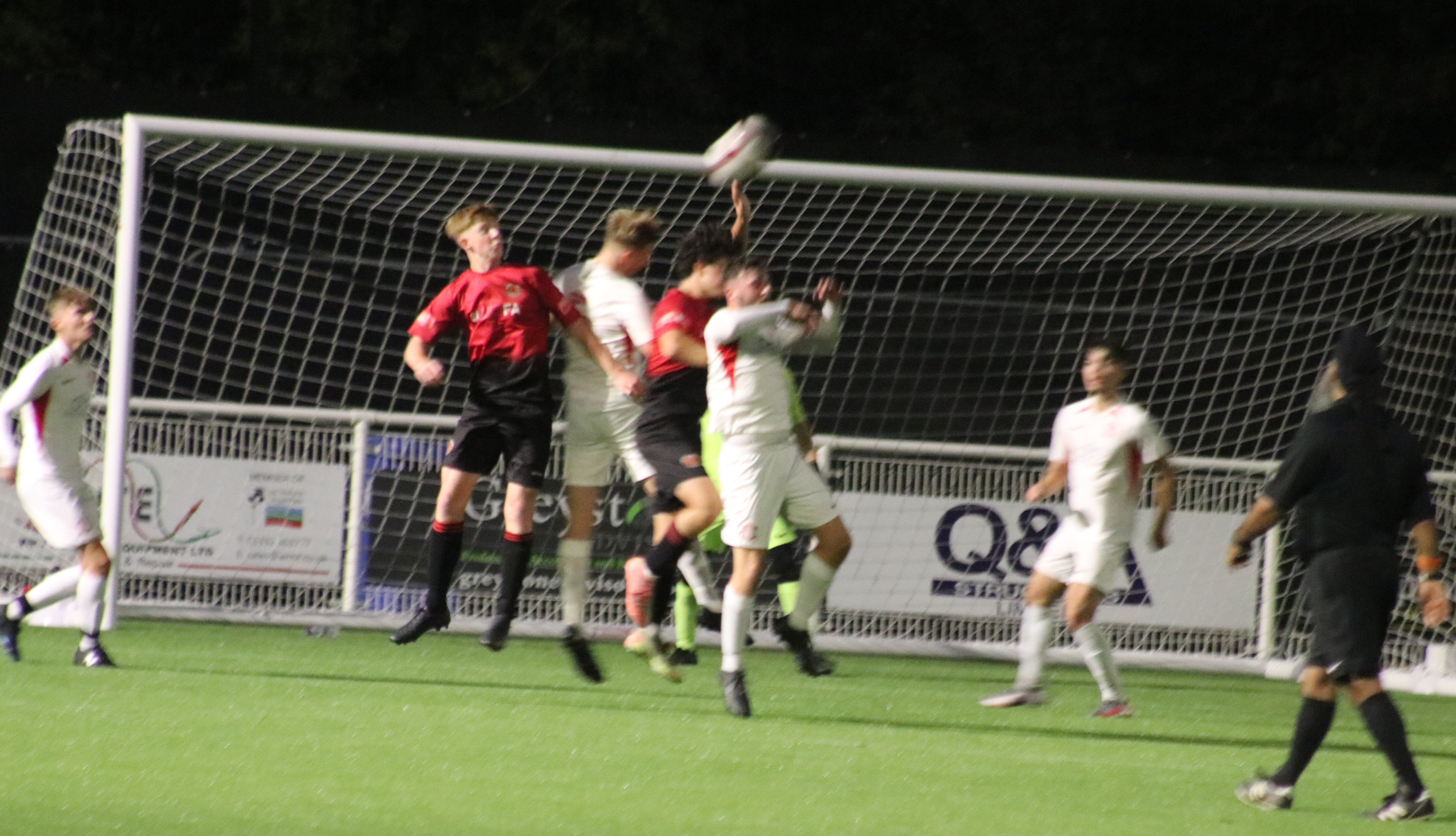 The Lincoln side began to show more aggression as they lost out to the skilful approach from Mickleover. Moore broke out of a mistimed tackle to shoot just over after 82 minutes.

The referee’s inconsistency was highlighted when he gave Bonser a straight red card, for a challenge no worse than those from the visitors minutes earlier, which escaped without a word.

Robertson came on for Moore and Moncho for Murphy, but Lincoln had a late free kick, which brought the best out of Bowen as he made a diving save.

Almost on time the Lincoln keeper was lucky to stay on the pitch, after he charged off his line and clattered Battisson to the ground, but the referee didn’t appear to see it. Battisson went close again in the excessive amount of time added on.

Overall it was a strong performance from the Mickleover boys, against their excessively aggressive visitors. To say the refereeing was poor would be an understatement, and it was odd that Mickleover finished with 10 men, yet Lincoln’s keeper alone could have been red carded twice!!