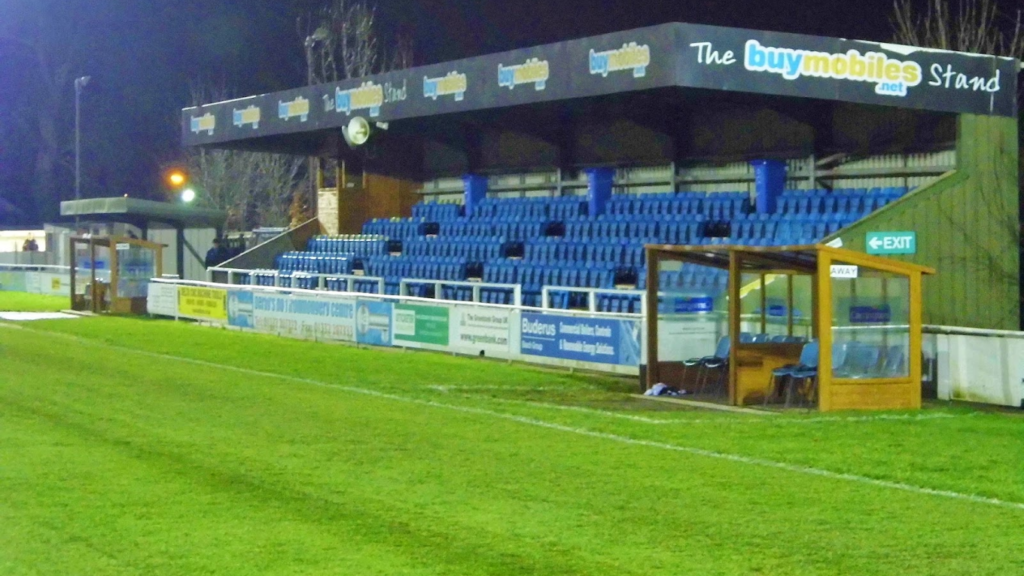 Matches against the Pitmen of Hednesford Town are always entertaining and this game is expected to be just the same. With both sides having goals of incredible quality featuring on TV and social media recently both sides will be looking to pick up more points in what is already looking like an incredibly tough and competitive league. With Basford United smashing Matlock Town out of the park 6-0 last night Sports will have an opportunity to pull clear of their Derbyshire Rivals in the relegation zone tonight and Hednesford will be looking to close the gap on Basford after their impressive win the night before.

LAST TIME OUT
Hednesford Town booked their place in the 2nd Qualifying Round the same as Sports when they defeated Southern Premier League Side Tamworth 2-0 at Keys Park. They currently sit 10th in the table after winning three and losing three of their six games so far. Sports of course won 6-0 at home to Haughmond in the same competition so both sides will be looking to get a good result off the back of their cup victories.

SPORTS TEAM NEWS
Pablo Mills (Shoulder) and Niall Doran (Achilles) are still out through injury. Everybody else is presumed fit and available for selection. A few of the players on Saturday will certainly have staked a claim to be involved tonight however we can expect not too many chances to the starting XI from Saturday.

GOING TO THE GAME?
The game is a 7:45pm Kick Off at the Don Amott Arena on Station Road, Mickleover, DE3 9FB with Admission Prices set at £10 Adults, £7 Concessions £2 10-16’s with Under 10’s FREE with a playing adult. Burton Albion & Derby County Season Ticket Holders are being encouraged to come along to support their local non league side with reduced admission of £7 on production of their club’s season ticket at the turnstile. The bar and snack van will be open as usual serving hot and cold drinks and food before during and after the match. Your new look Sports Report Match day Programme will also be on sale at the turnstile for only £2! This features the thoughts of Chairman Don Amott and Manager John McGrath plus all your usual content.

NOT GOING TO THE GAME?
There will no be much of the usual coverage as Sam & Kerry are at the England Game in Leicester. There will be no interviews after the game but Jake Garratt will provide Twitter team news and updates throughout the game.