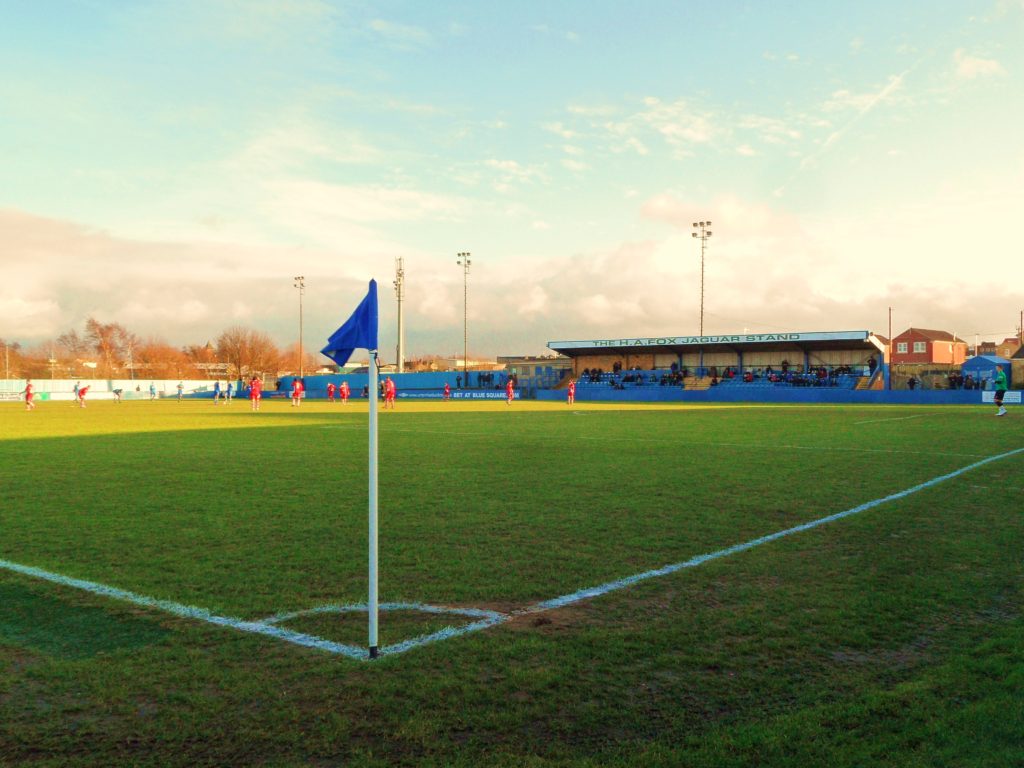 Mickleover Sports will be looking to try and claim their first away win of the season as they travel up to West Yorkshire to take on Farsley Celtic. The villagers have had a similar start to Sports in the league but have two games in hand on Sports who sit one above their opponents going into the weekend. A much needed FA Cup win was followed up by the hard earned three points at home to Hednesford Town on Tuesday with Nathan Jarman bagging the only goal of the game. Now it will be about securing a first away win if possible to climb further up the table and away from the dreaded bottom four. Farsley Celtic are a tough opponent of home turf however so McGrath’s men will have to be up to their best to get anything from their trip to Leeds.

LAST TIME OUT
The last fame for Celtic was a 4-0 away win at Guisborough Town in the FA Cup 1st Qualifying Round. Two goals from Nathan Cartman and one a piece from Luke Parkin Isacc Baldwin ensured Celtic progressed to the next round of the cup. Their last league game was a 1-1 draw at home to Gainsborough Trinity. Lewis Turner canceled out an earlier goal from Alex Byrne to snatch a point for the Villagers at home. Sports of course come into the game off a 6-0 win over Haughmond in the Cup and a 1-0 win at home to Hednesford Town in the league.

SPORTS TEAM NEWS
Kevin Grocott, Pablo Mills & Niall Doran all look set to still be unavailable through injury. Everyone else looks set to be available if selected. Many fringe first team players got some good game time under their belts on Wednesday night as the Reserves win 12-0 at home to Holbrook St Michaels Development. The highlight being Dutch forward Isai Marselia bagging seven goals so will be looking to make an impact on Saturdays game. Lewis Belgrave, Will Norcross, Jack Walsh and Tyreece Robinson also featured as they look to steak a claim in the first team squad.

GOING TO THE GAME?
The game is taking place at Farsley Celtic’s Throstle Nest Stadium, Newlands, Farsley, Leeds, LS28 5BE. Admission is £9 for Adults, £5 for Concession, £1 for Juniors under 16 with a paying adult and Armed Forces Members are FREE. Match day Programmes as well as hot and cold food and drink will also be available with alcoholic drinks available in the clubhouse. This also has Sky Sports showing the early and late kick offs for those who wish to watch.

NOT GOING TO THE GAME?
With Sam & Kerry at a Wedding in Kent and Jake working there will be no social media coverage of Saturdays game on any Mickleover Sports platform (Facebook, Twitter, Youtube). For those who cannot make the game you can keep up to date by following Farsley Celtic’s twitter page, @FarsleyCelticFC. A reminder that the Reserves are also at home this Saturday as they play Heanor Town Reserves at the Don Amott Arena with a 3pm Kick Off admission to that game is only £3 so if you can’t follow the first team to Farsley Celtic make sure to go and support Dave Mackenzie and his Reserves.