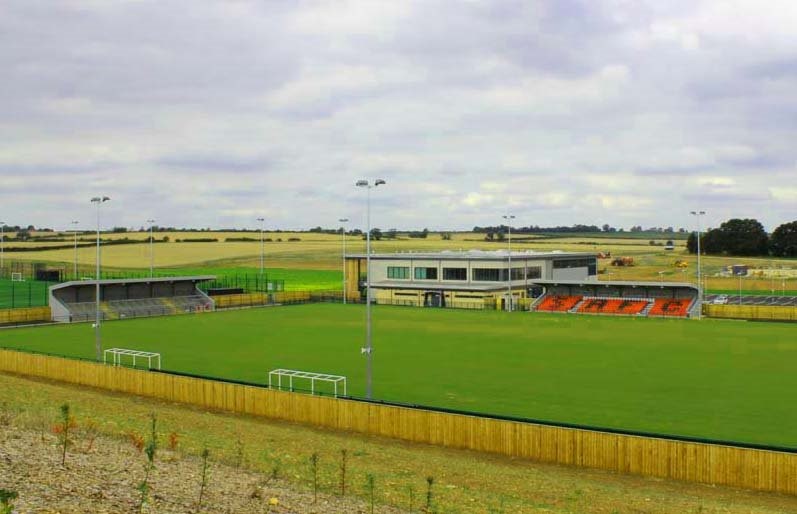 The Integro League Cup is back and Sports will be looking to go further in the competition this season after reaching the quarter final stage last season. However this first round tie with a side in the division below in the form of Stamford will be far from straight forward. The Daniels made a flying start to the season and were top of the Division One East for an early part of the season. They have since dropped down to 8th but they will also be looking to progress in the competition and cause an upset against higher opponents at the same time. For Sports its a week of avoiding banana skins as they face two lower league teams in two separate competitions. Top the the United Counties League Division One Anstey Nomads await on Saturday but for now its all focus on progression in the Integro League Cup after another narrow defeat without scoring away at Farsley Celtic last weekend.

LAST TIME OUT
Stamford were at home on Saturday losing out 2-1 to the team the furthest north in the Northern Premier League, Morpeth Town. Joseph Walton and Jeffrey Henderson put Morpeth 2-0 up either side of half time with Sam Grouse netting a consolation for the Daniels but it wasn’t enough to claim a point. Sports however went down 1-0 to a Ben Turner strike for the hosts.

SPORTS TEAM NEWS
Kevin Grocott made a welcomed return to action on Saturday but was sadly substituted with another injury in the first half. So the former Burton Albion defender looks set to be out again alongside long term absentees Pablo Mills and Niall Doran. Everybody else at the time of writing was available for selection.

GOING TO THE GAME?
The game is on Tuesday 18th September with a 7:45pm Kick Off. Stamford AFC play their home games at their relatively new ground, The Borderville Stadium, Ryhall Road, Stamford, Lincolnshire, PE9 1US. Admission Prices are set at £10 for Adults, £7 for Concessions (Over 60’s HM Forces and Students), £3 for 12-16 year olds and Under 12’s FREE. Match Day Programmes as well as hot and cold drinks will be available and alcoholic beverages will be sold in the club house. Parking at the ground is free but is on a first come first served basis as it is limited to 110 cars and two coaches.