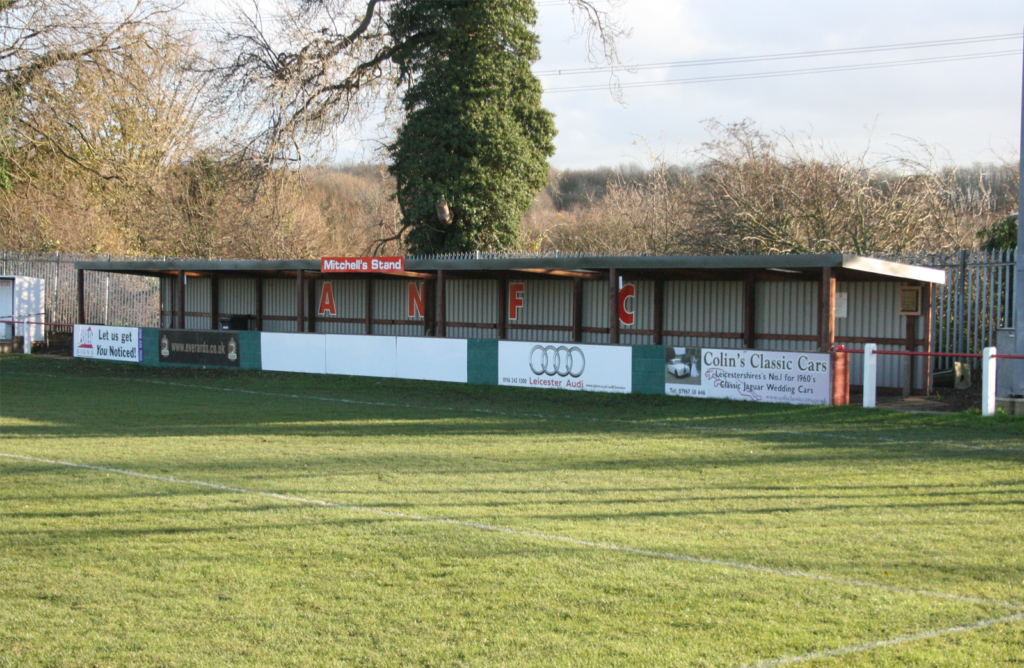 After the Youth Team successfully progressed in the FA Youth Cup with a 2-1 win away at Buxton on Wednesday night, the First Team will be looking to do the same in the senior competition as they look to avoid a potential cup upset at Step 6 side Anstey Nomads. The Nomads currently play in the United Counties League (UCL) Division One after moving sideways from the East Midlands Counties League last season and currently sit top of the league on 13pts with 4 wins and a draw, level with Melton Town. The side from Leicester have only lost one game all season that coming in the FA Vase at home to Eastwood Community. This will prove to be a extremely difficult test for John McGrath and his Sports side who will need to be at their very best against a side on fantastic form and a side who will be chomping at the bit to cause an upset against a team three leagues higher than they are.

LAST TIME OUT
The Nomads last game came last Saturday in the UCL Division One as they ran out 3-0 winners at home to Holwell Sports, another side who had moved over from the East Midlands Counties League due to the non league reshuffle. James Hicks with two and a single goal from Ashley Day saw Anstey go top of the league. Sports won by the same scoreline on Tuesday night as they defeated Stamford AFC at the Zeeco Stadium to progress into the 2nd Round of the Integro League Cup. Nathan Jarman and two from Isai Marselia with the goals for Sports on the night.

SPORTS TEAM NEWS
Sports are still without long term absentees Kevin Grocott, Pablo Mills and Niall Doran. Harley Kozluk impressed on his full first team debut for Sports at Stamford on Tuesday night at right back so may get another chance to impress in this game. Both Marselia and Garnett will be battling to be selected alongside Nathan Jarman but it all comes down to if John goes with a strong first team or feels a few fringe players could do with some more minutes.

GOING TO THE GAME?
The game is taking place on Saturday 22nd September, 3pm Kick Off, at Cropston Road, Anstey, Leicester, LE7 7BP. Admission is £5 for Adults and £3 for Concessions. A Match Day Programme will be available as well as hot and cold drinks served in the clubhouse as well as alcoholic beverages. Parking inside the club grounds is for Players and Officials only so parking is available on a small car park outside the ground, otherwise it’s street parking. We ask you respect local residents when parking on streets and look out for any restrictions they may be in place.

NOT GOING TO THE GAME?
There will not be the usual coverage as Sam & Kerry are at another wedding. There will be no interviews after the game or Match Report but Jake Garratt will provide team news and updates throughout the game on our Twitter page @MickleoverSFC.