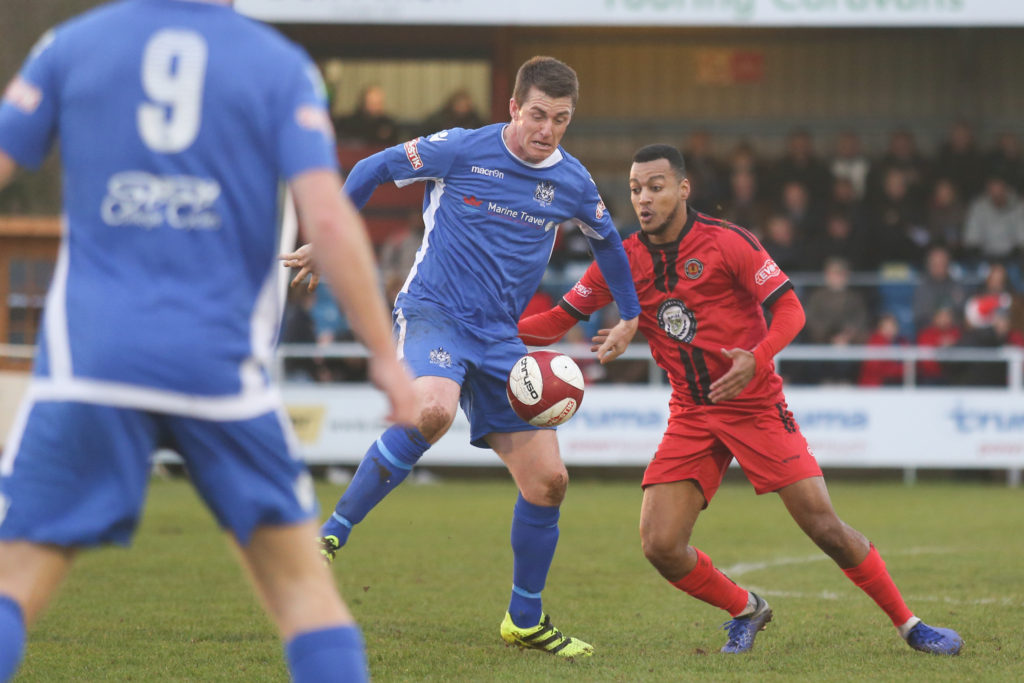 The use of the word cup final is probably overused these days however Mickleover has ten of them if they want to remain a Step 3 Club. Last weeks 4-1 defeat to Warrington Town didn’t really tell the full story as Warrington are at the top of the league. But it doesn’t get any easier for John McGrath’s side as they now welcome the visit of probably the biggest side in the league, South Shields. With a large away following expected from the Mariners, Sports are going to need all the support they can to help them achieve what would be a surprise victory given the form and league standings of both sides.

LAST TIME OUT
South Shields last match was last weekend as they drew 1-1 with fellow Derbyshire side Buxton FC. Lee Mason (no not the referee) gave Shields the lead from a quick equaliser from Nico DeGirolamo was enough for a share of the spoils. Mickleover’s last game was against Shields title rivals Warrington Town when they went down 4-1 at The Don Amott Arena. Evan Garnett with the solo goal for Sports, his first since the away game at South Shields back in November.

SPORTS TEAM NEWS
Nathan Jarman (suspension) and Shaquille McDonald (injury) should both return to the squad for the weekend. Apart from what everyone else is presumed fit and available for selection.

GOING TO THE GAME?
The game is a 3pm Kick Off at the Don Amott Arena on Station Road, Mickleover, DE3 9FB with Admission Prices set at £10 Adults and £7 Concessions. Don’t forget that all kids are FREE for every game in March! Burton Albion Season Ticket Holders are being encouraged to come along to support their local non league side with reduced admission of £7 on production of their club’s season ticket at the turnstile. The bar and snack van will be open as usual serving hot and cold drinks and food before during and after the match. Your new look Sports Report Match day Programme will also be on sale at the turnstile for only £2! This features the thoughts of Chairman Don Amott and Manager John McGrath plus all your usual content.