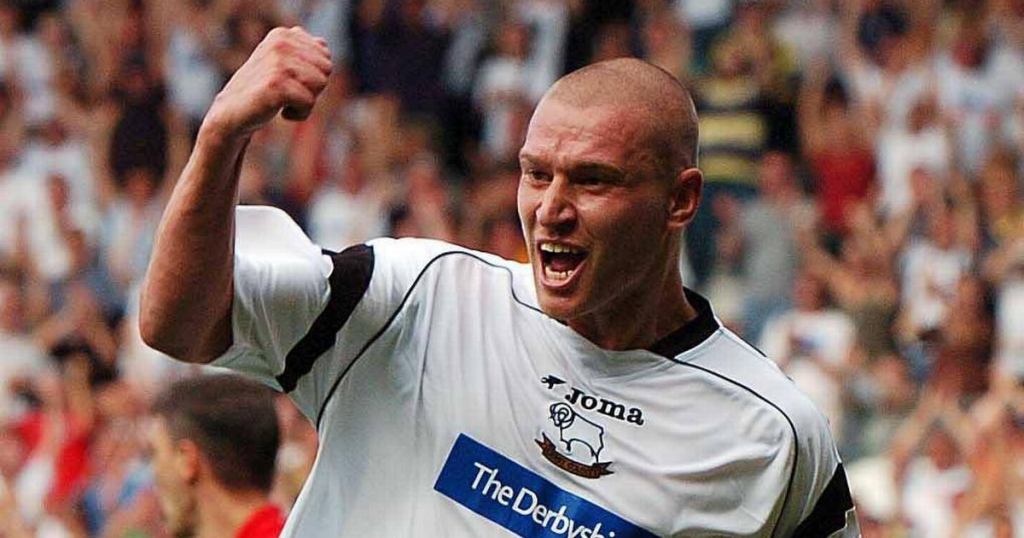 Seth Johnson was a tough midfielder who had two spells with Derby County. But he started his career in Dawlish, where he was spotted by Crewe Alexandra.

Initially he joined the Cheshire Club as an Apprentice, before signing professional and making 91 appearances, including the 1997 Second Division play-off final.

Derby County had become interested in signing him, but even when the £2.5 million deal was done in 1999, Johnson stayed at Gresty Road to help his former club successfully avoid relegation.

He had two seasons at Derby and had soon earned himself a reputation for a strong, no nonsense and dependable midfielder.

After 73 games and two goals he moved on to Leeds United in a £7 million pound transfer. But his promising and growing career didn’t materialise as hoped.

In his four years at Elland Road he only made 54 appearances and scored four goals, but injuries had plagued him and in 2005 he was released.

He headed back to Derby County for a second spell and played a part in the promotion year of 2007. He made another 57 more appearances and scored four goals, before injury intervened again.

Sadly his final game for Derby County was at Wembley in the 2007 play-off final which took Derby into the Premiership. He picked up a severe knee injury, put him out of the game and ended his playing career at only 28 years of age.

Johnson is also the last Derby County player to represent England in a full International, when he played against Italy  in November 2007.