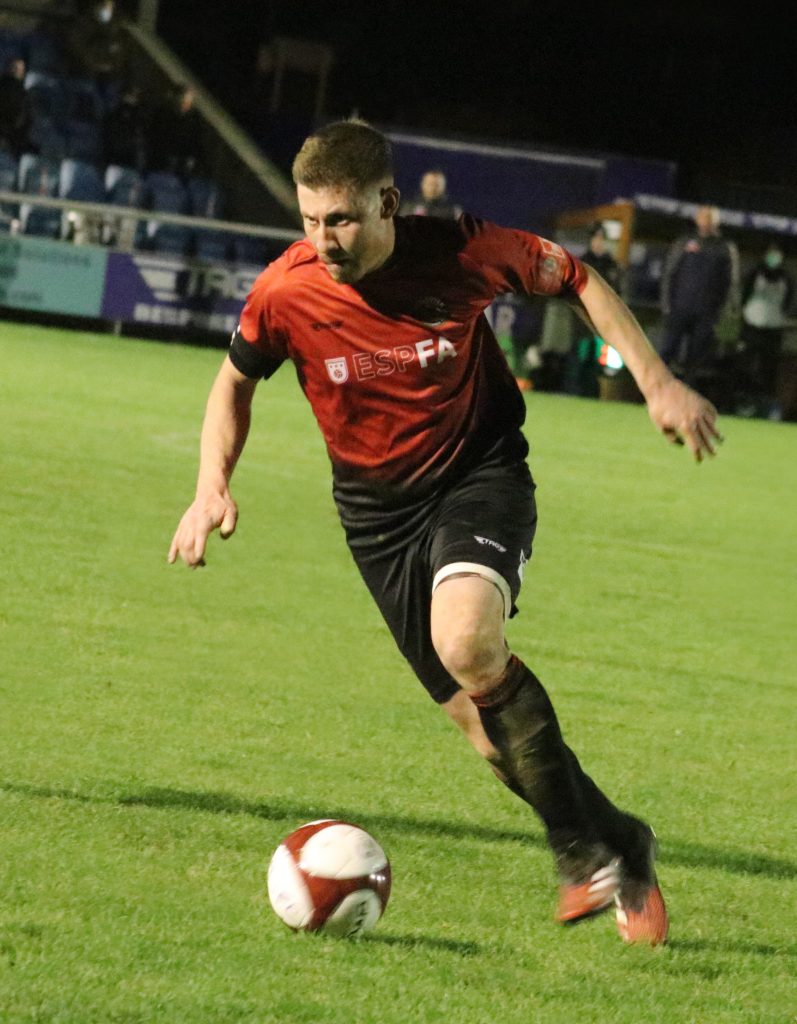 Andrew Wright came to Mickleover FC in late 2019, a hardworking midfielder, who always has an eye for the goal.

Ever since I remember I was always involved in football. My Dad and Grandad really put it all into perspective for me and became something I always dreamed of doing.

He comes from Mansfield originally but started his junior football at Chesterfield.

I had been released by Chesterfield and joined Lincoln City at the age of 14/15 after being offered a trial, which led to six enjoyable years there.

He is known for his powerful runs from midfield, but has he always played there?

When I started at Chesterfield I was a centre forward. As everyone knows I love scoring goals, but when I signed for Lincoln I wanted to get more involved in football matches, so moved back into centre midfield and centre attacking midfield.

It clear that you are happy taking a shot on goal from most angles and at any distance?

It’s always been part of my game, as there’s no better feeling than scoring. So every chance I get to try and score I do. I work a lot on trying to strike the ball as cleanly as possible, so the chances I get from outside  of the box I enjoy the most.

I like to go for a walk now and again when the weather is good. Catching up with the lads over a few beers, watching footy and I also like watching Motorcycle racing and F1. I work as a plumber though, so I’m always very busy.

It’s been tough but rewarding. Watty has been a class addition to the team this year and for him to get us all on his sessions and motivate us like he is, has been spot on.

I feel it’s definitely kept us close as a team and we have also done an upside down head Gorge Milner quiz on zoom over a few beers, so that was a good relaxing call for us all. Overall the mood is good in the squad and the lads touch base every day. 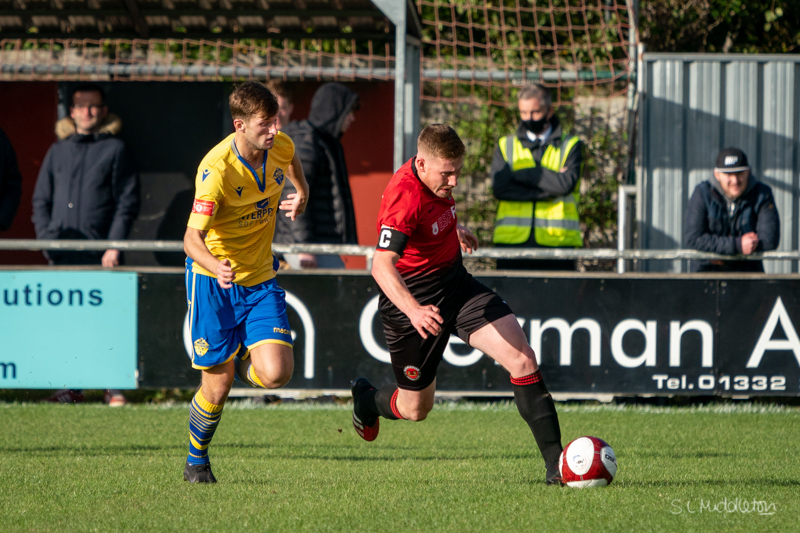 I’m usually working the day before, but in the evening I like to go have tea with my Grandma and chill out, so I am ready and raring to on Saturday.

I am yes, but we knew what talent we had in the dressing room. The Gaffer has always recruited good footballers at the club and so we knew we would be in and around the top. To be at the top of the league though is brilliant for the club and the group of players as a whole, keeping spirits up through Lockdown and a massive statement to where we want to be next season, or of if this one carries on.

So what have you missed most during Lockdowns?

Waking up on a Saturday morning with a game lined up in the afternoon. Also training and a chance to break the week up and catch up with the lads a few times a week,

It was signing my first professional contract at Lincoln City. A very special moment for me and my family.